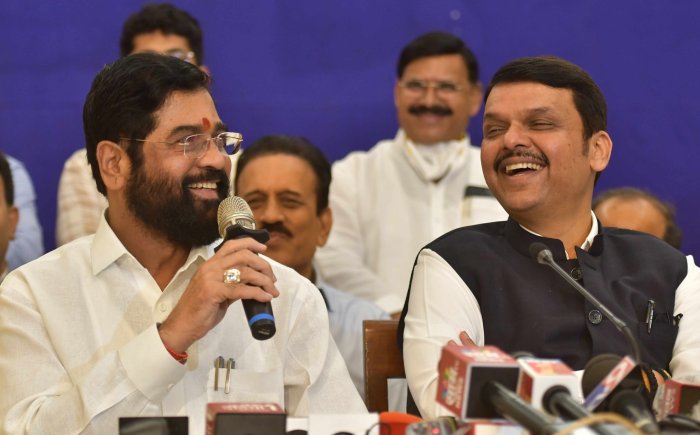 Situated on the banks of the Terna river in the Osmanabad district of the Marathwada region of Maharashtra, the tiny village of Ter offers a window of India’s trade with Rome in Europe several centuries ago.

Its antiquity can be pushed back to as early as the early Christian era. It has been mentioned in the Periplus of the Erythrean Sea as Tagara and described as the most prosperous trading centre in the Dakshinapatha.

Ter was one of the most flourishing trade centres – giving a boost to architectural and religious activities.

As far as the Ter village is concerned, there are several mounds from which people still discover old artefacts like pottery, combs, terracotta toys, beads, figurines, toys and so on.

Today’s Paithan (then Pratisthan) was the capital of the Satavahana Empire. The trade route with Rome was established after researchers in Italy found similar terracotta figurines that can be found in Ter.

Because of disagreement between Romans and Parthians, the Silk Route was cut off. Barygaza (now Bharuch) was a major port – and then the Satvahanas started ports in several places along the west coast including Shurparaka (Sopara or Nalasopara), Kaliyana (Kalyan), Sristhanaka (Thane), Chaul  (in Raigad),  Muziris (Kerala).

“The range is very big…right from the first century to the modern period. Whether it is Mauryans, Shunghas, Satvahanas, Vakatakas, Rashtrakutas, Yadavas, Kalyani Chalyukans, Bahmanis, Adil Shanis, Mougals, Marathas, Nizams and the advent of the Europeans…it is a great piece of heritage and a site of extreme archaeological importance,” said Dr Kurush Dalal, a noted archaeologist and culinary anthropologist.

In terms of size — 64590 sq km — it is bigger than several Indian states and some European countries.

The region had in the past been in news for back-to-back droughts and suicides by farmers. But now the situation is better.

Latur and Osmanabad, which were hit by an earthquake in September 1993, now face drought.

A study, Monitoring drought pattern for pre- and post-monsoon seasons in a semi-arid region of western India, documented the increasing drought condition in Latur district from 1996 to 2016 using satellite data across several parameters, including vegetation and water.

The biggest issue in Marathwada is overall development.

“The main reason behind frequent droughts and the rising area under drought in Latur is climate change induced declining monsoon rain in the region,” said Dr. Atiqur Rahman, corresponding author of the study and Professor at the Department of Geography, Faculty of Natural Sciences, Jamia Millia Islamia, New Delhi.

Latur region experiences droughts after every 8-9 years resulting in a shortage of water and reducing agricultural activities. More than 60 % of these people indulge in agriculture in Latur making droughts a serious issue, Dr Rahman said, adding, “There is an immediate need for the State and Centre to take up drought mitigation planning as a matter of national interest as countless lives are at stake.”

One of the big steps of the new Eknath Shinde-Devendra Fadnavis is to boost up water supply in Marathwada.

The state has decided to fast-track the World Bank-assisted State of Maharashtra’s Agri-business and Rural Transformation (SMART) project to help farmers. The project, introduced in 2018-19 by then Devendra Fadnavis-led government, was put on hold by the previous Uddhav Thackeray-led Maha Vikas Aghadi dispensation. Also plans are afoot to divert the flood waters of Sangli, Satara and Kolhapur to drought-hit Marathwada.

The government has also revived the Jal Yukt Shivar Abhiyan to make villages of the state drought-free and this includes large stretches of Marathwada.

Over the years, Aurangabad, which is the divisional headquarters of the region, has emerged as one of the industrial hubs with many firms  and companies, in the sectors of automotive and auto components, pharmaceuticals and breweries, consumer durables, plastic processing, aluminium processing, agriculture and biotech, have their manufacturing bases in Aurangabad. Aurangabad metropolitan region development authority (AMRDA) on the lines of the ones in Mumbai and Pune.

Aurangabad is the most important city of Marathwada region and also the state’s tourism capital.

It needs to be mentioned that the international and domestic tourists inflow is very high in Aurangabad district as it house two UNESCO World Heritage Sites of Ajanta and Ellora, Grishneshwar temple – which is a jyotirlinga, Bibi ka Maqbara, Daulatabad Fort, Jama Masjid, Aurangabad Caves, Salim Ali Lake.

Marathwada is also an important region for religious tourism , out of 12 Jyotirlingas, 3 are in Marathwada. On the other hand, Hazur Sahib Nanded is the second holiest place in Sikhism after the Harminder Sahib or Golden temple of Amritsar. The tomb of Turabul Haq Dargah in Parbhani is an important shrine for Muslims.