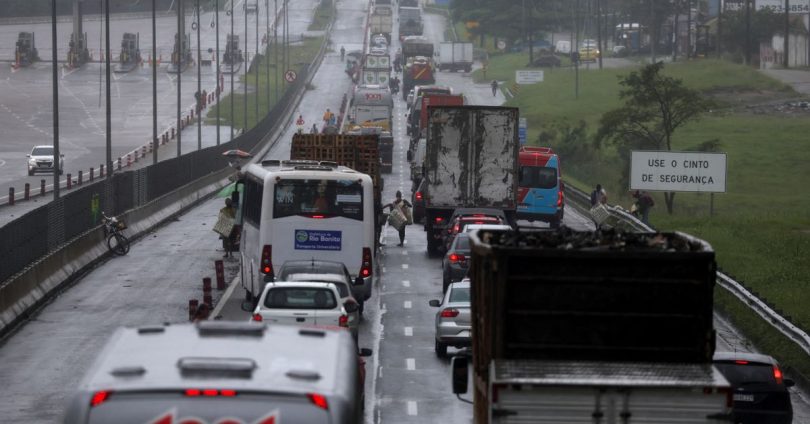 SAO PAULO, Nov 1 (Reuters) – Protesters in Brazil blocked the main access road to the important grain export port of Paranagua for a second day on Tuesday, the port authority said, hobbling shipping from one of the world’s top food producers.

Blockades in the area were first reported Monday afternoon amid spreading demonstrations by truckers and other supporters of outgoing Brazilian President Jair Bolsonaro, protesting against his narrow election loss to leftist Luiz Inacio Lula da Silva.

Truckers, one of Bolsonaro’s key constituencies, benefited from his policies to lower fuel prices and have previously disrupted the Brazilian economy by shutting highways in recent years.

Some of them have called for military intervention to keep Bolsonaro in power. The president has so far been silent since Lula’s victory but amid pressure to defuse the protests is expected to address the nation later on Tuesday and accept defeat.

According to the federal highway police on early Tuesday afternoon, protesters were blocking highways partially or fully in about 200 locations, as part of the protests that have spread to 22 of Brazil’s 27 states. They said another 330 roadblocks had been cleared.

Rumo (RAIL3.SA), a leading rail company, told Reuters the protests had lowered the number of trucks at certain of its terminals, while there were some disruptions in sections of the railroad in Morretes, Parana, and in Joinville, Santa Catarina.

The company, which operates a large grain terminal in Rondonopolis, Mato Grosso, said all of its contracts are being fulfilled based on the volume of products stored in its warehouses and cargos in transit.

Farm states like Santa Catarina, where many Brazilian meatpackers operate, and Mato Grosso, Brazil’s biggest grain producer, were among the most affected by the roadblocks that started after polls closed on Sunday, police data showed.

If protests continue, Brazil poultry and pork processors may have to halt slaughtering at some sites as early as Wednesday, a source said.

The port authority at Santos, Latin America’s biggest port, reiterated in the afternoon things remained normal as protests had not disrupted its land operations.