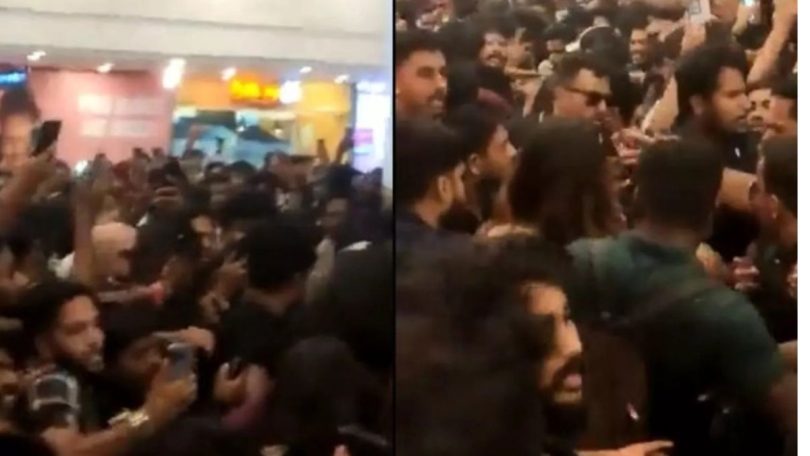 A POPULAR Malayalam actress has made a shocking revelation through her Instagram post, claiming that she experienced sexual misconduct during a film promotion event at a mall in this north Kerala district.

The actress expressed distress and concern over the “sexual frustration” of the people, adding that another actress also had a similar experience during the event held late on Tuesday night at the busy mall.

Taking to Instagram, the actress wrote, “Kozhikode is a place I loved a lot. But, tonight while returning after a programme, a person from the crowd grabbed me. It disgusts me to say where! Are people around us so frustrated? We had been to several places as part of the promotion. But, I never had such a pathetic experience anywhere else.”

She further added, My colleague also had a similar experience. She reacted…but I couldn’t in that situation as I was dumbstruck for a moment…”

The other actress, who had been subjected to misbehavior from the crowd also shared the harrowing experience through her Instagram page. The actress explained that the mall was overcrowded and security personnel was struggling to manage the rush. She also mentioned that a person misbehaved with one of her co-stars but she could not react.

Again it’s proved that HiLite mall is not a best place for movie promotion! pic.twitter.com/ko3UvojhVh

“So I and my movie team were promoting our new movie ‘Saturday Night’ at a mall in Calicut. The promotion events went well across all the places in Calicut and thanks to the love from the people of Calicut. The event at the mall was extremely packed with people and the security was struggling to handle and maintain the crowd,” she shared.

“After the event, I and one of my co-stars were leaving and some guy misbehaved with my colleague, and she didn’t even get a chance to see or react because of the rush and the crowd. After that, I also encountered a similar act of misogyny and I reacted to it in shock as you’ve watched in the video.”

The actress said while referring to the video that has now gone viral on social media platforms.

Meanwhile, the police said an investigation has been launched and efforts are on to identify and trace the culprits, reported PTI.

(With inputs from agency)