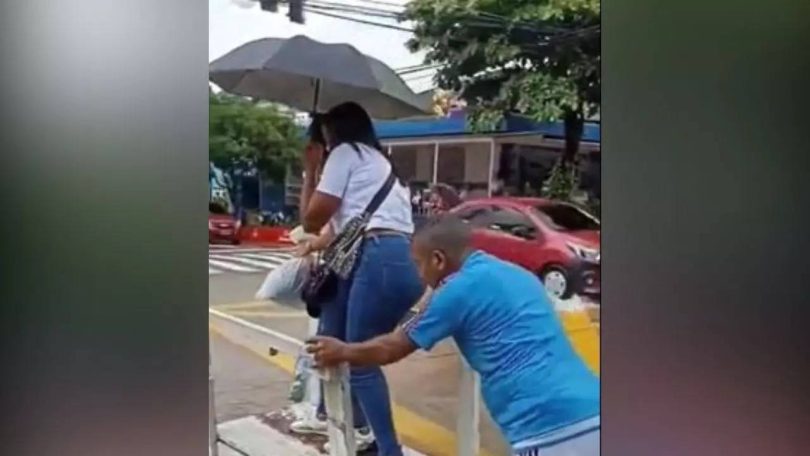 Waterlogged streets during monsoons disrupt human activities. Just going to the store or taking a stroll becomes such difficult tasks due to the water on the streets. However, one man took advantage of the situation and decided to make some money by helping people in the littlest way possible.

In a video going viral on social media, a man is seen assisting people to cross the waterlogged roads. He is using a wooden cart to help people. However, the man is not doing it free of charge. He is charging the public caught in the difficulties caused by the heavy rains.

Poor man eats in the rain in a heartwarming clip, internet is in tears – Watch viral video

The video was shared on Reddit by a man called BAlfonzo. It was captioned, “To earn money during inconvenience.” Redditors commented on the video quickly. Most people lauded the man’s business sense. One user wrote, “First rule of business: Find a need and fill it.” Another user commented, “Second rule of business: create a problem and sell the solution (not applicable in this situation).”

A third user said, “Third rule of business: switch to a subscription model after tricking enough people to buy a full license.”

The video amassed more than 55,000 upvotes in a single day.