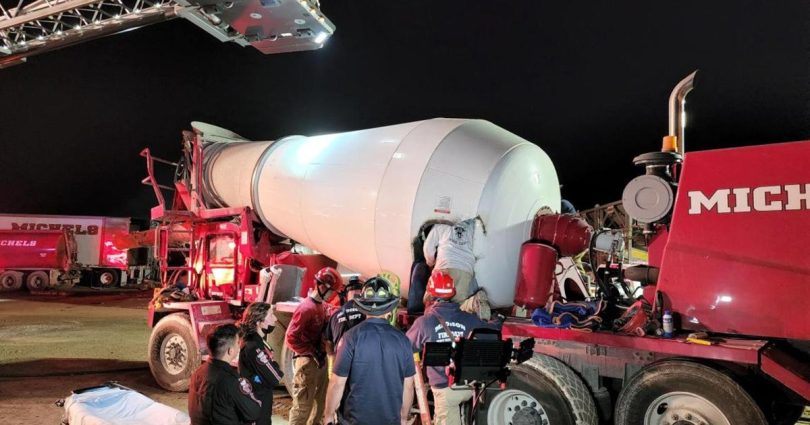 VIENNA (WKOW) — A man was rescued from a concrete truck’s mixing drum off County HWY V near Vienna Monday evening.

According to Madison Fire Department (MFD) spokesperson Cynthia Schuster, MFD’s Heavy Urban Rescue Team (HURT) was called to assist emergency services with rescuing a man trapped inside the drum of a concrete mixing truck around 9:45 p.m.

The man was performing maintenance when he fell into the drum, which was empty but in motion when he fell in. The drum was shut down prior to the MFD HURT’s arrival.

Rescuers found an access hatch, and Madison and Sun Prairie paramedics entered the drum to begin patient care. The hatch was not large enough to get the patient out, so MFD HURT used a plasma cutter to widen the opening.

The patient was removed from the drum shortly after 11 p.m.

Sun Prairie EMS took over patient care and transported the patient to the hospital with UW Med Flight’s crew on board.