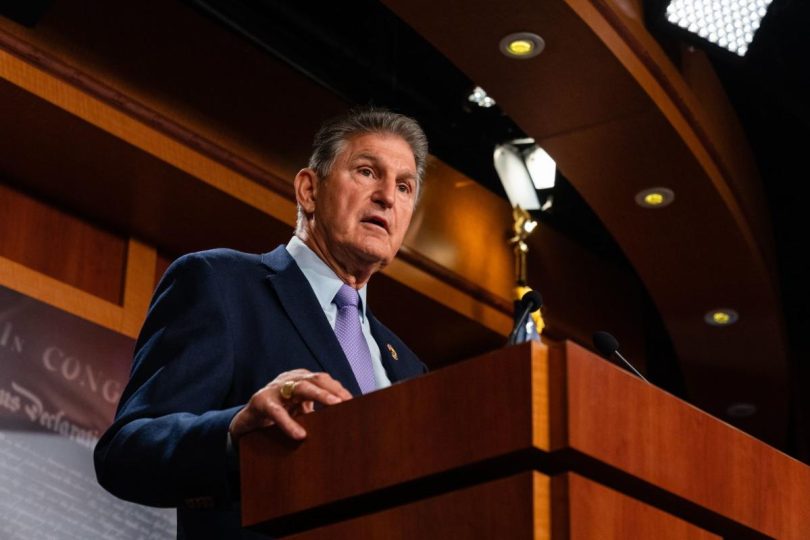 Negotiations about attaching the legislation, which could speed approval of Equitrans Midstream Corp.’s stalled $6.6 billion Mountain Valley natural gas pipeline in Manchin’s home state, to the National Defense Authorization Act were ongoing at the leadership level and a final decision has yet to be made, the people said.

The legislation could resemble an effort by Manchin in September that would speed the approval of clean-energy, pipeline and electricity transmission projects by shortening some federal environmental reviews and setting limits on court challenges.

A bid to attach the energy-permitting package was dropped from must-pass government funding legislation in the Senate earlier this year after it became apparent it didn’t have the votes. Senate Majority Leader Chuck Schumer and President Joe Biden promised Manchin they would attach his permitting measure in exchange for his crucial vote on a climate and tax package in August.

The annual defense policy bill is considered as must-pass because it authorizes pay increases as well as compensation for troops in harm’s way and is widely-supported by Republicans. It also sets personnel, weapons-buying and geopolitical policies. This year, the final compromise measure was negotiated behind closed doors by leaders of the Senate and House Armed Services Committees as well as Senate and House leadership.

The legislation is slated to get a House vote later this week amid a lobbying battle by environmental groups to keep the permitting language out of the bill.

“They are utilizing backdoor, end-of-night tactics to get something done that congress had already rejected,” said Erich Pica, president of Friends of the Earth. “Including the Manchin permitting package would be a significant strike on speaker Pelosi’s environmental and climate record.”

Representatives of Pelosi and Schumer didn’t immediately respond to a request for comment. A Manchin spokeswoman declined to comment.