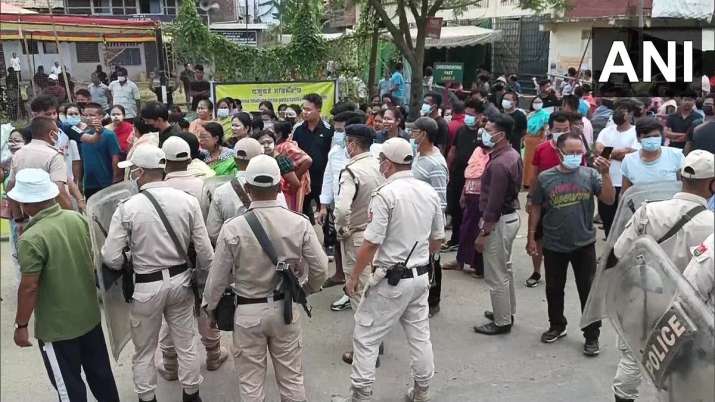 An eviction team accompanied by the police force had come to Chingmeirong in Imphal East district for eviction on Wednesday.

Soon after, the team was confronted by locals who opposed the eviction.

The developments came after the Manipur High Court had ordered to vacate all structures in the scheduled land in the Imphal East district.

The protesting locals claimed that the area belongs to their ancestors and alleged that the Manipur revenue department manipulated the land records.

Despite persistent efforts by the eviction team, the eviction could not be completed due to intense protests.

Commenting on the incident, A Sharma, Chingmeirong Development Organisation president said, “We are protesting against the High Court ruling as there is a manipulation by the revenue department in giving land certificates. This area belongs to our forefathers and to the Chingmeirong people only since time immemorial.”

“Someone turning up to claim the area will not be tolerated. We will stick to our demands and will not sacrifice,” Sharma added.

The demonstrators also blocked the main road to protest against the eviction drive.