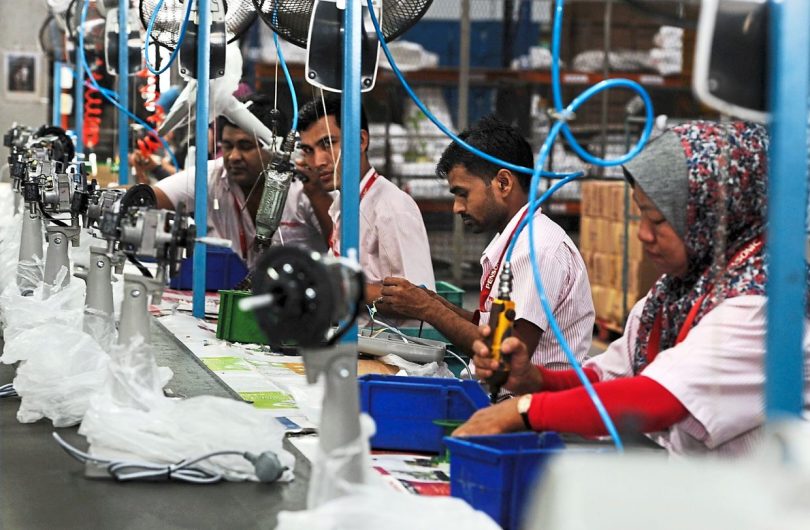 PETALING JAYA: Malaysian manufacturers may have a tough time sustaining their profits going forward, judging by the country’s manufacturing activities that have shrunk for two straight months.

If the contraction continues, it means that Malaysia’s economy could take a hit in upcoming quarters, considering that the manufacturing sector contributes about a quarter of the gross domestic product (GDP).

An analyst told StarBiz that the softer outlook affects not just Malaysia but also the larger world.

“China is experiencing a self-inflicted economic slowdown due to its zero-Covid policy. Major economies like the United States and the United Kingdom are also teetering on the brink of recession.

“Naturally, this will weaken the external demand, and considering Malaysia’s position as one of the world’s important manufacturing destinations, local players will be affected going forward.

“Manufacturers and exporters should brace themselves for softer earnings, but it all depends on how global economic conditions evolve going into next year,” the analyst said.

Moody’s Investors Service, in a report, noted that a prolonged slowdown in China would reverberate through Asia-Pacific and beyond.

It highlighted that economies with significant direct trade exposure to China would bear the brunt of a sustained slowdown in the communist state. This, unfortunately, includes Malaysia.

The widespread recession fears, high inflation and China’s zero-Covid policy is already hurting Malaysia, in one way or another.

Malaysian manufacturers saw a quicker downturn during October, as indicated by the S&P Global Malaysia Manufacturing Purchasing Managers’ Index (PMI) which slipped from 49.1 in September to 48.7 in October.

It was also the lowest reading in 13 months.

Malaysia was the second worst performer in Asean. The only other regional neighbour that saw a contraction in manufacturing was Myanmar, with a PMI reading of 45.7.

In contract, a majority of the Asean countries recorded an improvement across their manufacturing sector during October.

Singapore remained the strongest performer for the eleventh successive month.

However, adjusted for seasonality, the headline PMI fell to 56.0 in October. While the indicated expansion was sharp overall, it was also the weakest since March.

Commenting on Malaysia’s latest PMI performance, TA Research said the moderation of October’s reading is in tandem with its expectations that the fourth quarter will be slightly challenging.

“Overall, we view the manufacturing sector to be affected by the shaky overseas demand, coupled with the normalisation resulting from the fading low base effect.

“We have mentioned previously some risks to the short to medium-term outlook, including increasing volatility in global financial markets, slower growth in major trading partners’ economies, sustained rise in inflation, and an escalation of geopolitical tension,” it said in a note.

“As a result, demand from overseas moderated at the strongest pace in 16 months,” it added.

This indicated a subdued external demand in line with the rising risk of global growth slowdown. However, Kenanga Research highlighted that business sentiment remained positive, broadly in line with the historical average.

The research house also said that input costs continued to increase, albeit at a slower pace.

The persistent cost pressure was due to higher raw material prices and currency weakness.

“The latest manufacturing PMI reading suggests an easing in manufacturing activity momentum partly as the base effect dissipates, and the economy normalises post-pandemic.

“Nevertheless, we still expect the expansion in manufacturing activity to continue, albeit moderating, underpinned by sustained demand from the domestic and external sectors,” it said.

“The risk to the growth outlook remains tilted to the downside amid the global economic slowdown brought by the energy crisis in Europe, acceleration in global monetary policy tightening led by the US Federal Reserve, and uncertainty over China’s zero-Covid policy.

“Going forward, we expect GDP growth to moderate to 4% to 4.5% in 2023, considering the imminent prospect of a global economic slowdown and rising external headwinds,” stated the research house.

Despite the continued contraction in manufacturing activities, MIDF Research said yesterday that Malaysia’s growth momentum would be sustained on the back of growing domestic demand.

“This also explains why local manufacturers remained positive on the outlook.

“Still, we maintain a cautiously optimistic outlook for domestic production and trade activities given uncertainties on the external front, such as expected weakening of final demand from advanced economies (amid concerns over recession risk), tighter Covid-19 restrictions in China, and escalation of geo-political and trade tensions,” it said.

MIDF Research also pointed out that there are signs of weaker regional trade performance.

Similarly, Taiwan also reported a 5.3% y-o-y fall in exports in September, also dragged down by weaker shipments to China.