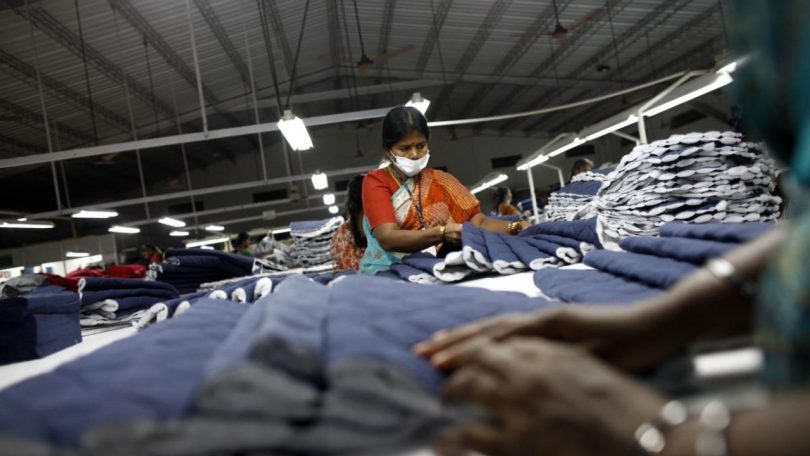 The former Reserve Bank of India (RBI) Governor Raghuram Rajan recently made somewhat controversial remarks regarding the Indian growth ambitions in his interactions with the students of the Indian Institute of Management, Ahmedabad (IIM(A)). He opined that India should continue to focus on ‘services-led’ growth rather than aspiring for ‘manufacturing-led growth’ through the recently announced Production Linked Incentive (PLI) schemes.

He said, the same money, if spent on education, can create more value-added jobs in the services sector serving global markets rather than heavily subsidised manufacturing of highly capital-intensive semiconductors and the like. Further, our progress on climate change issues would face setbacks if India imitated the Chinese manufacturing-led growth model.

Rajan has earlier voiced similar views at forums organised by the International Monetary Fund (IMF) to demand that the IMF should create conditions that allow better utilisation of the Indian services potential. As against this, the world of day-to-day business and politics works on its own practically determined terms.

A popularly-held view is that India has a ‘services-led’ growth model. Our information technology sector has undoubtedly shown explosive growth in the post-liberalisation period, which coincided with the internet revolution. This happened because the US/European Union (EU) manufacturers shifted their back offices to low-cost centres.

So, an interesting oddity exists in that ‘manufacturing’ jobs were lost in the US/EU but jobs gained in India were termed ‘services’.

The current size of the Indian IT market, excluding hardware, exceeds $235 billion. This, in turn, has facilitated our aggregate services exports crossing $254.4 billion in FY 21-22. Though India is in the top five list of service exporters, China is much larger at $338 billion. However, we must simultaneously also appreciate that India has sharply improved its global manufacturing output rank from 14th in 1990 to 6th in 2015, overtaking even Russia on the way.

Similarly, if the manufacturing versus services debate is to be examined from the prism of employment creation, Poland is the leading country, with 20.2 per cent of its population employed in manufacturing, followed by Germany at 19 per cent.

Both South Korea and China are at 16.9 per cent. For India, it is 11.4 per cent, higher than the US at 10.5 per cent. The different employment percentages do not mean that other countries do not take steps to incentivise manufacturing investment. They all do and have done so more in the post-Covid era when the merits of uncontrolled globalisation are themselves coming under debate.

The second question is about how best to create jobs. The complexities involved are often debated but are best discussed in the works of Enrico Moretti, Professor of Economics at the University of California, Berkeley. He developed the concept of local job multipliers — the concept of a job creating the requirement of additional, often unrelated, jobs. “Every time a local economy creates a new job by attracting a new business, additional jobs might also get created mainly by increased demand for local goods and services,” he wrote.

Further, different types of jobs have different multipliers, depending on the differential spending power. Moretti concluded that high-tech industries related to STEM have significantly higher job multipliers than medium and low-tech industries. The main reason could be the relatively higher income levels of STEM workers. There is thus nothing basically wrong in attempting to foster the creation of high-end STEM jobs by incentivising investment in these areas.

Most of the additional jobs created via the operation of the multiplier are in non-technological areas in all walks of life.

The location of these new jobs depends on where the local multiplier operates. If the manufacturing and residential areas are co-located, as in the cities of the West, the job multipliers operate locally. In India, urban development was often not planned alongside manufacturing, barring in the initial years of planned development. So, the full potential of manufacturing-led job creation is often not locally obtained.

Instead, the explosive growth of a handful of metropolitan and other capital cities is witnessed, as the families of those employed usually stay there too. Creating high-quality urban amenities in a larger band of geographies can help smoothen out our unwieldy metro bulges.

This leads to the third question, on the Chinese growth model. Post-cultural revolution, China was deficient in modern technology. The innovation popularised by Deng Xiaoping was to create Special Economic Zones(SEZs), which were nothing but a few large province-sized geographies where institutions and laws similar to western best practices were allowed to operate in place of the usual Chinese laws. In these geographies, new cities and best-in-class industrial/commercial areas were built. Foreign companies and foreign nationals were freely permitted entry with minimal Chinese government interference and maximal support.

It is often forgotten that over 50 to 60 per cent of Chinese exports are actually export sales of EU/US companies located in China, rather than exports of Chinese-owned companies. It is this ability to attract foreign investment which created the ‘Chinese miracle’. The structure of actual investment, product mix and energy intensity was governed by global demand and technological capacities, and not Chinese intent. If these companies had not set up shop in China, they would have done so elsewhere, requiring the same energy intensities.

This leads to the final issue of the most appropriate growth model during times of climate change. Indian per capita emissions are only 1.8 tonne annually. In the US, this figure is 15, around 9 in the EU, and in China the figure is around 7 tonne.

So, the basic cause of the problem lies outside our shores. However, admittedly, the relative CO2 emissions by Indian industrial processes are significantly higher than even the US.

Incentivising the adoption of modern technology through Foreign Direct Investment will only assist in improving our industrial processes and further reduce our per unit emissions. Given our large population and geographical size, it will be illogical to not simultaneously promote and seek to attract all forms of modern investment. It is the structure of global demand, politics and trading arrangements, which will dictate what type of investments actually materialise, and in what sequence.