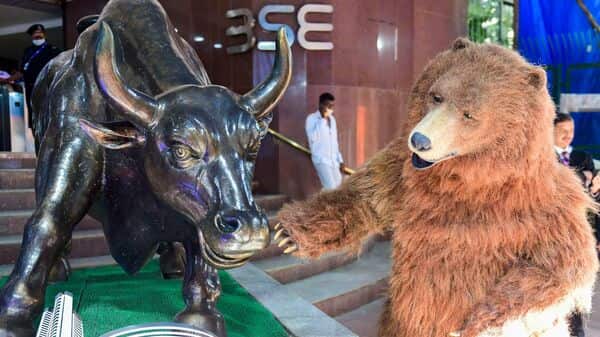 Vinod Nair, Head of Research at Geojit Financial said, “Market wavered between gains and losses with investors taking their position around the flatline as mixed global cues troubled them to take a firm one-sided move. US stocks were weak as the trade deficit data suggested strength in the economy, raising concerns about the Fed’s tightening stance. However, steps toward reopening the Chinese economy increased the prospect of demand recovery.”

Further, Ajit Mishra, VP – of Technical Research, at Religare Broking added that after the initial downtick, the Nifty spent the entire day in a narrow band however the tone was on the positive side, thanks to buying select index majors. And, it finally settled at 18,122.50 levels. Among the sectoral pack, auto, energy and select PSU banks were in the limelight while defensive viz. pharma and FMCG traded subdued.

Also, Deepak Jasani, Head of Retail Research, HDFC Securities said, “Broad market indices ended in the positive but advance-decline ratio fell to 1.34:1 from the high levels over the past two days. Volumes on the NSE continued to be on the lower side.”

On global markets performance, Jasani added, “Global equities traded sideways on Wednesday after China took further steps towards reopening its COVID-battered economy; however hopes for an economic rebound were moderated by near-term worries over rising cases.”

At the interbank forex market, the rupee settled broadly on a flat note at 82.8575 against the US dollar. However, the local unit did range from 82.80-82.90 against the American currency on the day. Largely, the rupee was in a low-volume session.

Going ahead, Gaurav Ratnaparkhi, Head of Technical Research, Sharekhan by BNP Paribas on Nifty 50, said that 18150-18200 is the key resistance zone, which indeed proved to be a crucial barrier for the day. As long as the index stays below this resistance zone on a closing basis, it is likely to witness consolidation in the short term. 18000-18200 can be the tight range for the Nifty with crucial support placed at 17800.

Meanwhile, as per Jasani, Nifty seems to have run into a roadblock after a two-day rise. However, a small intra-day range does not give enough signals for the future trend. Nifty could now face resistance in the 18173-18203 band and take support from the 17967-17977 band in the near term.

Rupak De, Senior Technical Analyst at LKP Securities added that going ahead, a decisive move above 18,155 in Nifty 50 will be required for a further directional upmove. On the lower end, support is intact at 18,070 (sustain/closing).

As for Bank Nifty, Kunal Shah, Senior Technical Analyst at LKP Securities said, the index options data indicates immediate resistance at 43,000 where the highest open interest is built up on the call side. The index lower-end support stands at 42,400 which will act as a cushion for the bulls.

Overall, Religare Broking’s expert said, indications are pointing towards a range-bound trend to continue in Nifty and we expect stock-specific moves to keep the participants occupied, thanks to the scheduled expiry of December month derivatives contracts. Besides, the broader indices are also showing some stability so participants can selectively look for buying opportunities.

Disclaimer: The views and recommendations made above are those of individual analysts or broking companies, and not of Mint. We advise investors to check with certified experts before taking any investment decisions.