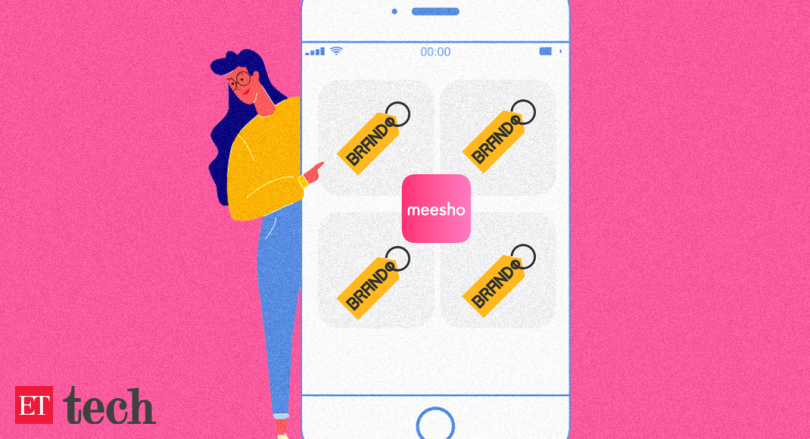 Sellers are up in arms over ecommerce firm Meesho’s move to tighten control on product returns, sources have told ET.

Over the past few weeks, these sellers – especially in Surat, one of the largest hubs for fashion and apparel merchants – have given Meesho negative reviews and ratings on its app and stopped processing orders through the platform, merchants said.

Meesho undertook changes to its product returns policy following feedback from its third-party logistics partners, the sources added. Returns comprise a big cost area for e-commerce players in India as it adds to logistics expenditure.

The late-stage startup, which specialises in selling low-priced apparel, home and lifestyle items, has streamlined the returns policy at a time when internet firms are cutting costs because of a funding squeeze.

Meesho has consistently attempted to reduce operating costs and conserve cash. Its plans to raise at least $1 billion last year did not materialise due to multiple issues, including a valuation mismatch.

Discover the stories of your interest

According to multiple ecommerce industry executives, e-tailers have clocked incremental gain in sales during the ongoing Republic Day sale period, though the numbers have not yet been fully assessed.

A spokesperson for Meesho did not share the latest sales data but said that “using anecdotal conversations with a small sample of sellers to surmise any trends for the platform are statistically incorrect.”

The SoftBank-backed firm has put in place technical changes, new barcodes and video verification of the product packing, after the Bengaluru-based company started implementing thorough checks on returned products at the beginning of the year.

“Earlier, they (Meesho) were more lenient with these returns, and many a time, merchants –knowing that large volumes of products were being returned – will not accept these products and claim compensation after a stipulated period of time,” one of the logistics industry executives aware of the matter told ET. “That is changing now. And sellers are upset by it. Meesho has to do it as it leads to more losses for them eventually.”

Returns are more pronounced in the fashion category as at least one in every four orders makes its way back.

ET reported on June 2 that Meesho was trying to reduce this by offering sellers and customers an option to buy or sell products at a discount, without returning it.

Meesho’s policies related to returns “are fair and competitive” and third-party logistics players have no influence on the new policy in any way, a company spokesperson said in a statement.

“The recent changes in our policy provide greater transparency across the logistics chain and puts the power back in the hands of our sellers. For instance, sellers now have the flexibility to choose their preferred courier partner for order returns based on their specific needs. Any policy change undergoes a rigorous assessment, and all changes are made to ensure a better experience for our users and sellers,” the spokesperson added.

There have, however, been some technical challenges in implementing the policy as some sellers have said that they were not compensated despite receiving tampered products from customers.

Once the product is disposed of by the courier partner, it will be considered ‘zero-settlement’, according to one of the messages from Meesho to sellers.

Disgruntled sellers are coordinating attacks against the company through multiple WhatsApp groups, some of which ET is a part of. One of the groups has at least 900 members.

“The new claim policy has been difficult, and I am making losses now,” said a Meesho seller from Punjab who did not wish to be named. “Despite showing evidence they are still rejecting my claim. I will stop selling through Meesho soon.”

At least five sellers told ET that they have seen a significant decline in sales following the festive season period, with some even experiencing a more than 50% fall year on year.

“Sales from Meesho have dropped significantly even after spending on advertisements,” said a seller from the south Indian textile hub Tirupur. “Earlier, if I spent one rupee on Meesho’s advertisement it used to translate to Rs 10 in sales, but that has come down to Rs 4 now.”

To be sure, the sellers reporting drop in sales comprise only a portion of Meesho’s total seller base of over 800,00 merchants.

One of the merchants mentioned earlier said he was moving a higher volume of products to platforms like Flipkart’s Shopsy and Amazon’s Glowroad, which compete with Meesho.

Meesho last raised funds in September 2021, when it raked in $570 million at a $4.9 billion valuation led by US-based Fidelity Management and Research and B Capital.

During the festive season sale in September last year, Meesho said it had recorded a 68% jump in sales with around 33.4 million orders.

ET has reported previously that Flipkart maintained its pole position in terms of market share in festive season sales, while Meesho, according to a report from Redseer Consulting, clocked more orders compared to Amazon India during the same period in 2022.

Meesho’s rise had been meteoric, especially during the funding boom in 2021, as the reseller model of selling fashion and apparel through intermediaries gained significant traction in India’s smaller cities and among low-income households.

But in 2022, the Meta-backed company changed its positioning and increasingly started selling to the end consumer. This required it to invest significantly in customer acquisition as it took on the likes of Flipkart and Amazon.

(Illustrations and graphics by Rahul Awasthi)