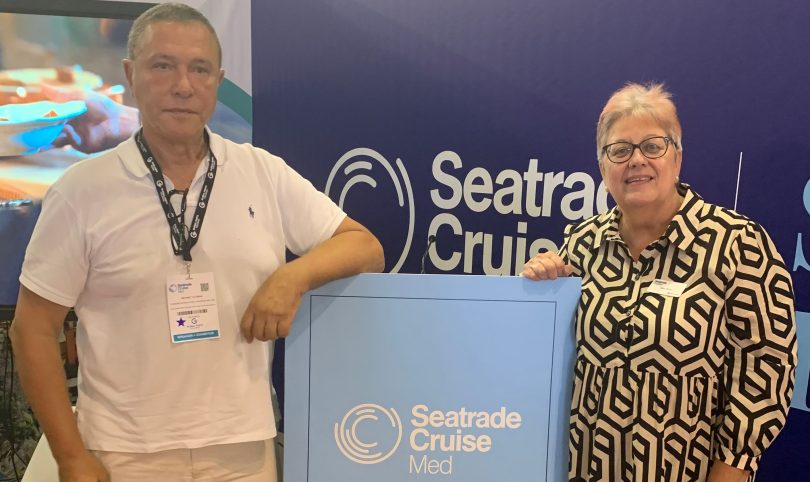 Established in Turkey in 2004, Global Ports Holding(GPH) was the brainchild of the late Gregory Michael Kiez, Kutman’s partner. Today it is the world’s largest cruise port operator with a presence in the Caribbean, North Europe and the Mediterranean, as well as Asia-Pacific region.

Kutman took over the CEO role following the departure of Emre Sayin earlier this year. Priot to that he mainly worked in the background.

During a rare public interview at Seatrade Cruise Med where he shared insights with Mary Bond, Seatrade Cruise’s group director, Kutman said operating ports, ‘is easy’ adding, ‘while I had no prior experience of shipping and ports my uncles worked in shipping and I did have a spell as a ship broker.’ He experienced his first cruise on a Carnival Cruise Line ship in the 1980’s sailing to the Bahamas with his mother.

Asked what gets him out of bed every morning, Kutman said,  ‘the Global Ports Holding team works really hard and while I don’t have a family of my own, they’re all like a family to me and it’s the most important thing – working with them is the motivation that keeps me going.’

Kutman called the last two years, ‘tough on our cruise ports business but thanks to the easing of travel restrictions and pent-up demand and the cruise lines returning their entire fleets back into operation mid-this year in time for the peak summer season, we have made a good recovery.’

‘Cruise lines are doing a good job, they’re being managed very well by their top executives and mid-level management. They’ve come a very long way in the past two years and they’re moving on the right track,’ he commented.

GPH’s parent company operates in over a dozen countries across four continents. Besides ports it also invests in clean and renewable energy production, mining, real estate development and operations, including shopping malls, and non-banking financial services. ‘During the pandemic it was the money from these subsidiaries which enabled us to inject money into GPH when our cruise port operations were mainly halted,’ noted Kutman.

Never one to stand still, during the pandemic GPH signed agreements in the Mediterranean region where it has a 35% share, with Tarragona (Spain), Crotone(Italy), plus three ports in the Canary Islands – Las Palmas de Gran Canaria, Arrecife (Lanzarote) and Puerto del Rosario (Fuerteventura).

GPH has a 20% market share in the Caribbean and recently signed an agreement with Puerto Rico Ports Authority at San Juan Cruise Port, which will become GPH’s third largest port.

And asked what’s next on his busy schedule? Kutman said,  ‘I’m off to the Caribbean to see Nassau Cruise Port, to see San Juan and maybe look at one or two more ports.’

GPH’s cruise reach counts 26 locations in 14 countries, and 16m passengers. ‘We’re projected to close out the year with a total of 28 or 29 ports with new additions in the Caribbean,’ Kutman revealed.

Asked by Bond if he could have done anything differently in life what would that be? Kutman was quick to answer: ‘I would have invested more in the technology business. I do invest in technology now but I wish I had started much earlier on.’