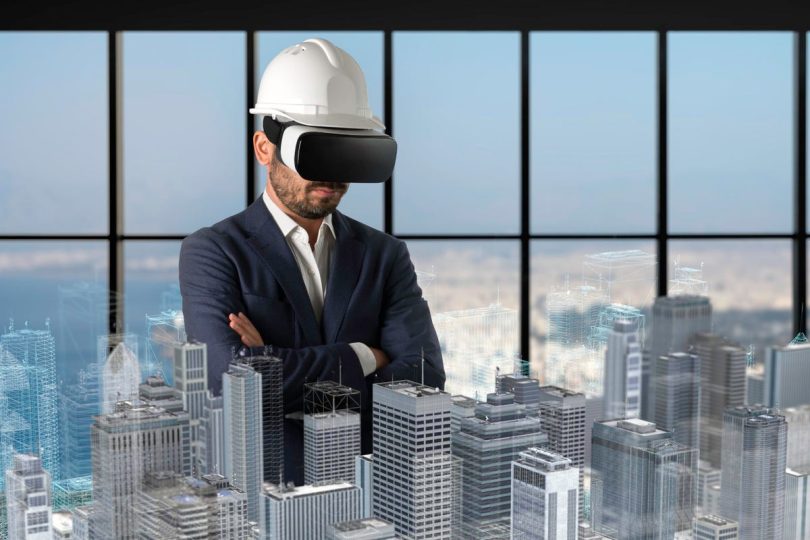 Late last year, a flood of cash from tech enthusiasts and corporate marketers ignited real estate prices in the metaverse. Alt-coin owners and CryptoPunk NFT collectors with stars in their eyes and cash in their pockets looked to justify soaring prices by buying properties near those of celebrities, many of whom were using the metaverse for promotional purposes, rather than, say, the view.

To say that the boom was not built on solid foundations is both accurate and an understatement.

Snoop Dogg, to take one high-profile example, built a digital replica of his Southern California mansion in the middle of the Sandbox metaverse, calling the 144-parcel square the Snoopverse. Snoop’s virtual neighbors include the mega-DJ Steve Aoki and a handful of massive Atari developments, where visitors can play the company’s games and attend events.

Record-setting purchases hit headlines soon after, like when one buyer, known only as P-Ape, spent $450,000 on a nine-parcel property right next door to the Long Beach rapper. Just down the virtual block, an anonymous buyer paid 25 ETH—worth about $60,000 at the time—for a single parcel, which measures 16-by-16 meters.

Prices peaked around the start of this year, but a crypto bear market and slower-than-expected metaverse adoption have ravaged prices, down 85% since January, and purchase volume, which has almost disappeared.

P-Ape’s parcel could now be worth barely $25,000, though having Uncle Snoop as a neighbor likely provides a small boost. A digital map of the Sandbox shows dozens of properties up for sale. Some ambitious sellers have list prices in the hundreds of thousands, but the current market says that won’t happen anytime soon.

The average price of a parcel at five of the largest Ethereum-based metaverse projects fell to around $2,500 from almost $21,000 in January, according to WeMeta, a metaverse data and analytics company. The drop was even sharper at the Sandbox, the largest metaverse world by volume of land sold, where the average has fallen to about $2,800 from $35,500. The weekly volume of property purchased across the top-five metaverse worlds has fallen to $650,000 for the week of August 7, down from $62.5 million in mid-November, a drop of nearly 99%.

“Metaverse investments are risky. There’s a very high likelihood that you’re going to lose everything,” says Fabian Schär, a professor at the University of Basel and the managing director at the school’s Center for Innovative Finance.

Most corporate property owners purchased their land for marketing purposes, hoping to place experiential advertisements or virtual storefronts along the most crowded boulevards in metaverse metropolises. Samsung built a virtual version of its flagship New York store, allowing guests to test products. Adidas owns property in the Sandbox where it hawks digital athletic gear as NFTs.

These businesses paid hundreds of thousands of dollars when metaverse and crypto hype were high and money was flowing into digital assets. The harsher economic outlook has made it harder to justify spending that money on land in virtual worlds. But the utility—or lack thereof—is mostly unchanged.

“The vast majority of utility is still there, but it’s declined in price for other economic reasons,” says Lorne Sugarman, the CEO of Metaverse Group, a virtual real estate company. Sugarman adds that he isn’t concerned about falling prices, as his company expects to hold properties for years to come as utility increases with adoption.

“We don’t see a significant decrease in traffic numbers. But that being said, traffic has never been particularly high,” Schär says. “What has changed is people’s expectations.”

Those remain sky-high for some. The management-consulting giant McKinsey projected in June that the metaverse could grow into a $5 trillion market by 2030, which would equal the size of Japan’s economy, the third-largest in the world.

Billionaire businessman Mark Cuban has been one of the loudest critics of metaverse land sales, despite his investment in Yuga Labs, the creator of Bored Ape Yacht Club (BAYC) and its corresponding metaverse world, Otherside. Yuga brought in approximately $320 million by selling Otherdeeds, NFTs that granted ownership to 55,000 parcels of land in the BAYC’s virtual hangout spot.

“The worst part is people are buying real estate in these places. I mean, that’s just the dumbest shit ever,” Cuban said in an interview published Sunday on the crypto-focused YouTube channel Altcoin Daily. Cuban added that purchasing metaverse land was dumb “because there’s unlimited volumes that you can create.”

Cuban added that he thinks some properties will have value once the community in that metaverse is stronger. To his point, the most valuable metaverse land is located in areas where chance encounters were boosted by already-present communities, according to a paper by Schär and fellow researchers.

“It’s an attention economy. People are interested in having the land in places with a lot of foot traffic,” says Mitchell Goldberg, a Ph.D. candidate at the University of Basel and one of Schär’s co-authors. “But, if the attention for the whole world decreases, then the prices for all of these land parcels will decrease.” Goldberg adds that while he believes that Cuban was right that new metaverse land can always be created, companies can’t manufacture the attention.

Another key factor is a memorable address. Metaverse visitors can teleport anywhere within a particular virtual world by typing in X, Y coordinates. Schär said catchy numbers, like 100 degrees by 100 degrees, led to more visitors than, for instance, 271 and 73.

Some businesses have benefited from using short-term rentals instead of purchasing metaverse property. Companies like Sugarman’s Metaverse Group rent land and have a team of developers to build out their tenants’ visions.

The Australian Open rented virtual land from a different metaverse company to host a festival concurrent with the annual tennis tournament. The space included digital stadiums where enthusiasts could interact and watch historic matches together.

Sugarman says his company expects adoption to rise in the next one to three years, but he doesn’t see that happening without more development of traffic-driving features like better games. Metaverse Group has taken advantage of the price drop to build on cheaper land, and Sugarman said he thinks other firms understand that now is the time to develop.

“There needs to be other tools and different experiences to make the metaverse more interesting, and that will drive traffic,” Sugarman says. “As there’s more understanding and more learning, we believe that critical mass will happen.”