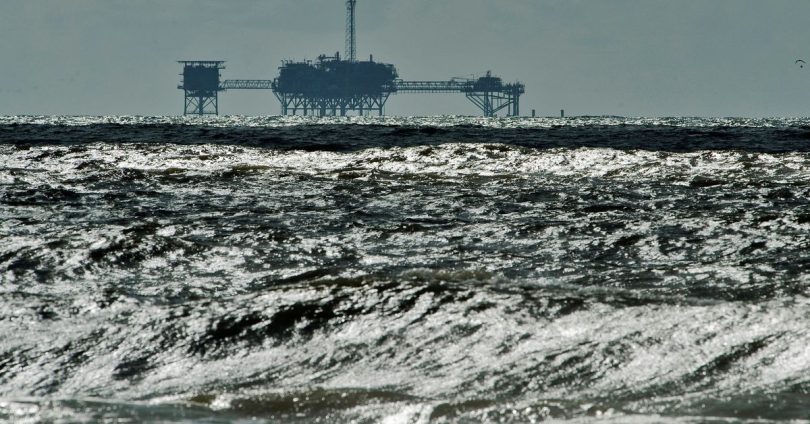 Aug 11 (Reuters) – Measurements of methane emissions from shallow water oil and gas platforms in the U.S. Gulf of Mexico found they were substantially higher than those from drilling on land, according to research published on Thursday.

The study, by researchers at non-profit Carbon Mapper, the University of Arizona, NASA’s Jet Propulsion Laboratory, the University of Michigan and Arizona State University, is among the first to measure methane leaking from offshore facilities, which account for about 30% of global oil and gas production but are difficult to study because they are so remote.

The researchers found a methane loss rate, a measure of emissions relative to production, of 23% to 66% from the offshore platforms compared with 3.3% to 3.7% in previous studies of drilling activity in the Permian basin in Texas and New Mexico, the largest U.S. oil field.

“What this study does is it highlights that there is something going on here,” Alana Ayasse, the study’s lead author, said in an interview. “We see a lot of emissions relative to the low production.”

Carbon Mapper measures emissions using aircraft equipped with remote sensing technology. To see emissions over dark water, researchers devised a way to target the sun’s reflection to illuminate the areas it was observing.

The study also found that the offshore emissions were more persistent than those onshore. That means they were detected frequently over multiple flights in 2021. A small number of sources, typically tanks, pipelines and vent booms, were responsible for most of the emissions.

The oil and gas industry is responsible for about 20% of methane emissions from human activity. Scientists have warned that countries must make rapid reductions in methane, a far more potent greenhouse gas than carbon dioxide, to stave off the worst effects of global warming.