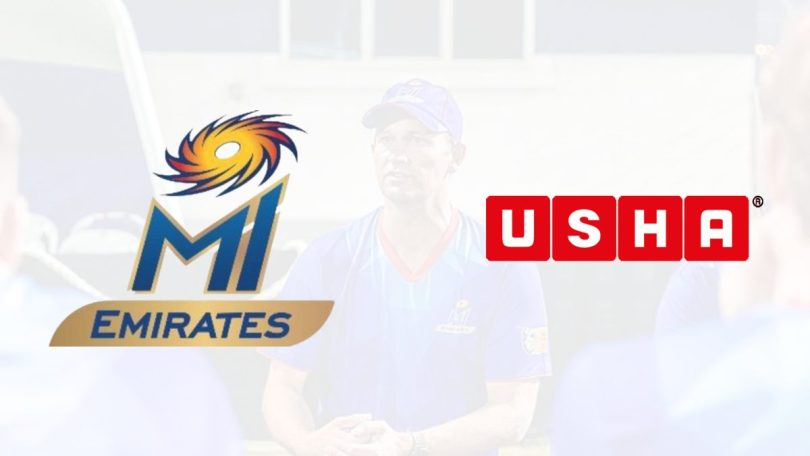 The establishment of this new alliance with MI Emirates was made possible in large part by Usha’s long-standing relationship with the five-time winners of the Indian Premier League (IPL), Mumbai Indians (MI). This partnership will improve the synergy between the players’ emphasis on fitness and health and Usha’s “Play” approach, which encourages an active lifestyle while crafting enjoyable and distinctive integrated experiences for audiences and consumers.

The Usha logo will appear on team members’ caps and helmets as part of their affiliation with MI Emirates, in addition to on static and animated perimeter boards during home games. Along with other sponsors, Usha’s still and animated photos will alternately be shown on the stadium’s enormous screen.

The tournament will be live-streamed in India on more than 10 Zee channels as well as Zee5, the broadcaster’s OTT platform.

Komal Mehra, Head – Sports Initiatives and Associations, Usha International, said, “With cricket taking centerstage in the UAE, the partnership reiterates our commitment to supporting and encouraging the spirit of sportsmanship in India and beyond. Our T-20 partnership began way back, and we are confident that the MI Emirates team will take our commitment to active and healthy living to the next level. We wish the MI Emirates team the very best and of course will be cheering for them to clinch the title.”

MI Emirates spokesperson, said, “We are delighted to continue our partnership with Usha International. This step towards enduring partnership on the new front is the echo of our long-standing consistent relationship with the brand. We look forward for the successful season in UAE.”