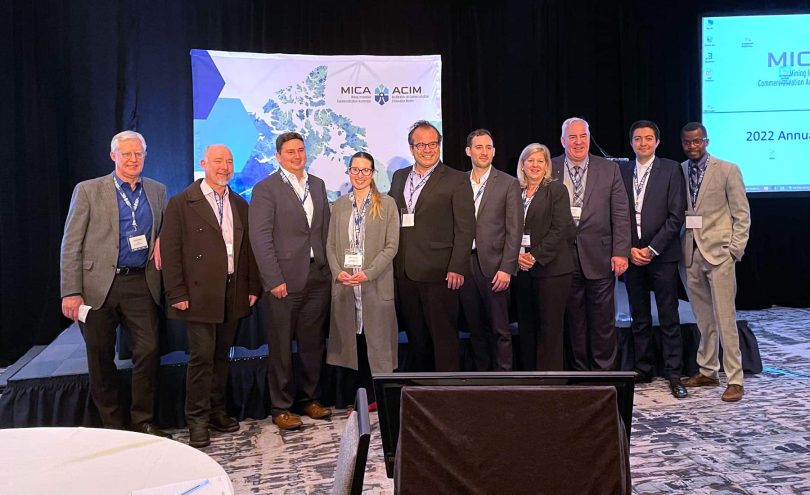 The Mining Innovation Commercialization Accelerator (MICA) Network has announced over C$11.5 million ($8.6 million) of investment in 16 projects with a total project value of over C$39 million as part of its program to accelerate green innovations that, it says, will position Canada’s mining sector to benefit from, and contribute to, Canada’s economic recovery.

MICA also announced the upcoming launch of the 2nd Call for Proposals, which will see an additional amount of up to C$18 million of investment distributed to applicants.

The Centre for Excellence in Mining Innovation Inc (CEMI) formally launched the MICA Network last year. It has six main partners across Canada, including the Bradshaw Research Initiative for Minerals and Mining, InnoTech Alberta, Saskatchewan Polytechnic, MaRS, Groupe MISA and the College of the North Atlantic. The network is a pan-Canadian initiative bringing together stakeholders from a wide range of fields to accelerate the development and commercialisation of innovative technologies to make the mining sector more productive and sustainable.

In line with this, a call for proposal process invited applicants to submit project proposals, of which MICA received 106 initial projects for its first intake from 81 MICA members. These projects requested more than C$100 million from the available C$30 million MICA fund.

The applicants are from across Canada and the projects span the four (4) technical themes of MICA:

The successful applicants sharing the circa-C$11.6 million of funding include Ambra Solution Inc for its “Intelligent Positioning System” and EnviroMetal Technologies Inc for its “Gold Recovery Circuit Pilot”.

Douglas Morrison, President, MICA Network, said: “The first group of successful candidates for some C$12 million of MICA funding is a major step forward for MICA. It establishes MICA as an SME Network for ‘Innovation in Mining’ across Canada that includes innovators from other sectors and will soon include solution providers from other countries who want to collaborate with Canadian SMEs. We know that these businesses, working in concert, will be able to make significant contributions to the effort to supply the economy with the strategic metals and critical minerals needed to help arrest climate change, and will create high-tech jobs in mining and other sectors, increasing economic activity in Canada and globally.”