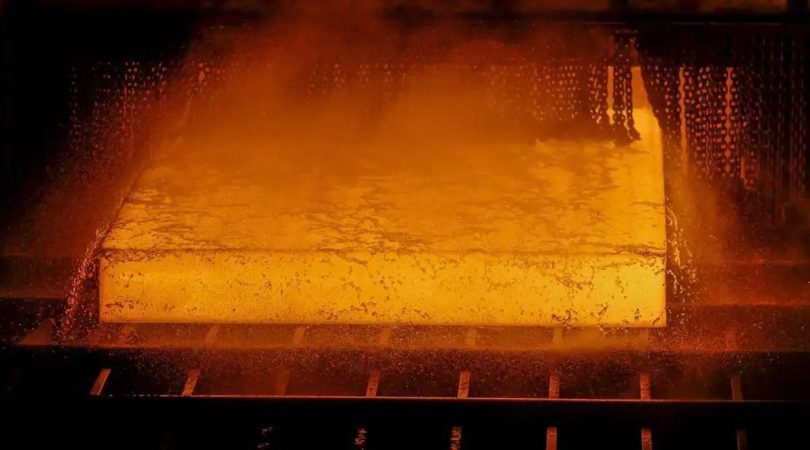 THE STEADY uptick in capacity utilisation in the manufacturing sector over three quarters till March-end 2022 are encouraging, but experts are of the view that tighter monetary policy conditions and subdued demand may weigh on the investment sentiment.

Analysts said capacity utilisation of 75-80 per cent needs to be sustained over 3-4 quarters for it to translate into an expansionary drive by the industry. Besides, there are mixed signals within sectors too. While steel and cement are witnessing an uptick, capacity utilisation in auto and consumer goods continue to lag.

Cement demand likely witnessed a mid-teen rebound in the year-ending March 2022, having achieved capacity utilisation of about 70 per cent. It is seen rising by mid-to-high single digits this year too with the government’s thrust on infrastructure and affordable housing, and a revival in corporate capital expenditure, said Fitch Ratings in a report last week. Steel consumption too is seeing a pickup, and is estimated to have risen by 4.1 per cent month-on-month to 9.4 MT in May and exceeded the pre-Covid output of May 2019 by 6.7 per cent, said another rating agency ICRA.

The capacity utilisation in manufacturing rose to 74.5 per cent in January-March 2022 from 72.4 per cent in October-December 2021 and 68.3 per cent in July-September 2021, as per RBI’s Order Books, Inventories and Capacity Utilisation Survey or OBICUS, a quarterly quantitative survey, which collects information on product-wise utilised production capacity at the firm level to derive aggregate level capacity utilisation. RBI Governor Shaktikanta Das referred to this after the June 8 monetary policy review and said investment activity is expected to strengthen, driven by rising capacity utilisation.

But in sectors such as FMCG and automobiles, demand concerns weigh heavily. While some auto segments like commercial vehicles and SUVs are seeing a spike in demand, mass market segments like two-wheelers and smaller cars continue to struggle to gain volumes. With the semiconductor shortage easing a bit, the wholesale despatches of passenger vehicles (PVs) in May improved over May 2019, a non-Covid year. But sales were still lower than in 2018 when the segment witnessed strong growth. The two-wheeler wholesale dispatches in May were not far off from the volumes achieved three years ago, but also below the figures obtained nine years back.

In FY22, as per data provided by Society of Indian Automobile Manufacturers, two-wheeler dispatches fell to a 10-year low of 1.35 lakh units. Similarly, demand has remained subdued for FMCG companies, with a marginal sales growth visible in value terms, but falling demand as evidenced by flagging volumes.

So, it may be still early for a fully drawn out path of capacity expansion and fresh investments therein.

“Generally, when capacity utilisation remains around 75-80 per cent levels, the industry starts thinking about expansion. But it’s subject to certain conditions — will the trend sustain? Or is it because of some one-off phenomenon? When it sustains, then they will think about going to the drawing board and start making decisions… if it (capacity utilisation) now remains at this level for 1-2 quarters, then there will be more surety that demand is going to stay,” said Devendra Kumar Pant, Chief Economist, India Ratings said.

But Pant would watch if demand will survive despite tighter monetary conditions, higher interest rates, smaller MSP increase and low wage growth. “If this remains at broadly the same level for Q1 (April-June 2022) and Q2 (July-September 2022), then we can say the demand is there for augmentation of capacity despite the high interest rate scenario,” he said.

In a report last Thursday, ICRA said its business activity monitor more-than-doubled to 38.7 per cent in May 2022 from 16.4 per cent in April 2022. But it reported a tepid month-on-month growth of 1.7 per cent in May 2022, implying a mild sequential momentum amidst the geopolitical tensions, rising commodity prices, tightening monetary policy across the world and elevated inflation levels.

Eight of the 14 non-financial indicators recorded improved volumes in May relative to the pre-Covid level of May 2019, but six indicators lagged their pre-pandemic volumes including production and sales of automobiles due to supply side issues and constrained demand amidst high ownership costs, diesel consumption and domestic airline passenger traffic amid gradual recovery in contact-intensive services. “ICRA foresees a broad-based pick-up in private sector capex to set in only by the end of 2022, notwithstanding the higher-than-expected capacity utilisation of 74.5% in Q4 FY2022,” it said.

Besides capacity expansion, India’s investment story is also driven by greenfield projects taking advantage of the government’s Production-Linked Incentive (PLI) scheme, which has been conceived to scale up domestic manufacturing capability, accompanied by higher import substitution and employment generation. So far, the government has announced PLI schemes for 14 sectors including automobile and auto components, electronics and IT hardware, telecom, pharmaceuticals, solar modules, metals and mining, textiles and apparel, white goods, drones, and advanced chemistry cell batteries but gains have been seen only for some sectors. With incentives under the PLI scheme topping Rs 2 lakh crore, stakeholders now feel the need to check if firms availing benefits are creating value.

In his statement, RBI Governor Das also said while urban demand is recovering, rural demand is gradually improving. “The contact-intensive services related to trade, hotels and transport have recovered in Q4:2021-22… Capacity utilisation is also likely to increase further in 2022-23. Investment activity is thus expected to strengthen, driven by rising capacity utilisation, government’s capex push and deleveraged corporate balance sheets. Improvement in investment activity is also reflected in pick-up in demand for bank credit and persisting growth in imports of capital goods,” he said.

The capacity utilisation reflects demand conditions in an economy where production processes respond to changing demand and it fluctuates accordingly. Rising demand may translate into upward pressure on the general price level and so higher capacity utilisation can be accompanied by rise in inflation, it said.