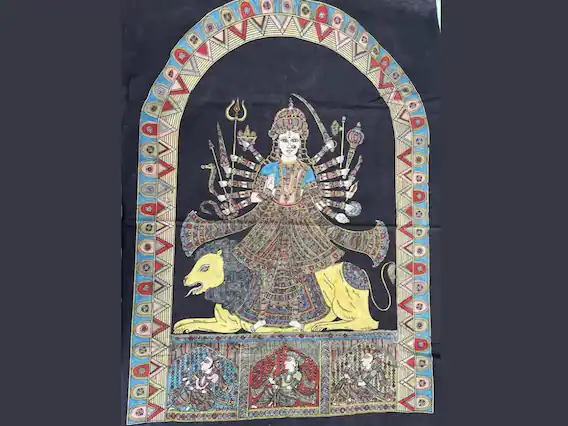 The prime minister has used the custom of presenting gifts to world leaders to highlight India’s rich and ancient artwork and craft.

Artworks and traditional items representing the rich heritage of India’s states of Gujarat and Himachal Pradesh were Prime Minister Narendra Modi’s choice of presents to world leaders during the G-20 summit in Bali.

His present to his Italian counterpart Giorgia Meloni was a ‘Patan Patola dupatta’ (scarf), officials said.

Modi’s gifts to the leaders from France, Germany and Singapore were ‘agate bowls’, work of traditional craft associated with the Kutch region of Gujarat.

The prime minister has used the custom of presenting gifts to world leaders to highlight India’s rich and ancient artwork and craft by presenting them with items associated with the country’s different regions.

This time he has focussed on traditional works associated with Himachal Pradesh and Gujarat. Incidentally, Gujarat is slated for assembly polls on December 1 and 5, while polls were held in the hill state on November 12.

The Kangra miniature paintings depict love in a natural backdrop. The sentiment of love as a metaphor and the devotion to the divine remains the inspiration and the central theme of these ‘pahari’ paintings.

Officials said he gifted a silver bowl, a unique and finely crafted work practised by skilled metalsmiths of Surat, and a Kinnaur shawl, a speciality of the Himalayan region with its roots in the ancient tradition of wool milling and textile manufacturing, to the leader of Indonesia, the host country.

He presented Spain’s leader with a Kanal brass set associated with Mandi and Kullu regions in Himachal Pradesh.

Kanal is a large, straight brass trumpet, over a metre long, played in parts of Himalayan India. It has a prominent bell resembling a datura flower and is used on ceremonial occasions, they noted.