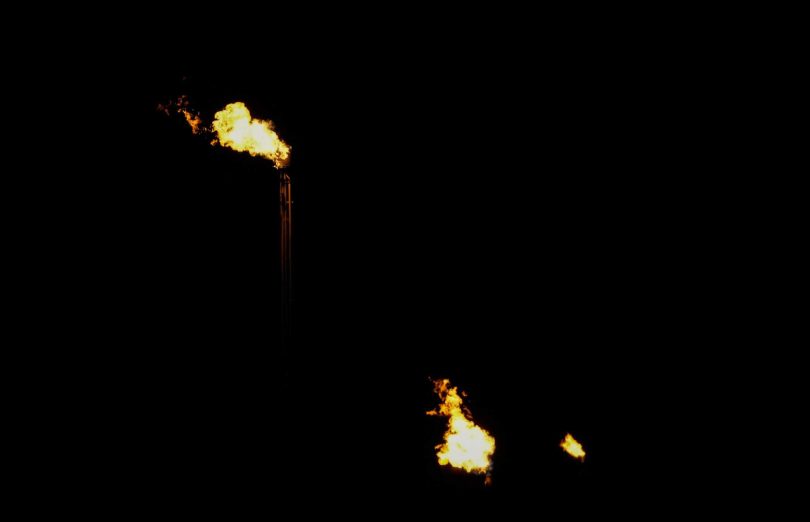 The recent oil boom in the Permian Basin is being heralded as a major boon for the Midland area. Extraction efficiency is up and the Midland county judge proclaimed that “Fossil fuels are here forever.” Ironically, that crowing has largely ignored other headlines — often on the same page — describing this summer’s record-breaking heat, droughts, water shortages and the degrading health of our citizens. Make no mistake, we are selling our future for a questionable return.

The Permian is the largest oil and gas basin in the United States and one of the most productive areas in the world. Much of the extraction in the area is done by fracking: injecting fluids into rock formations under high pressure in an attempt to open fissures. It is one of the more dangerous ways to get to oil and gas deposits and has been linked to contaminated water, methane leaks and even earthquakes. Methane releases are particularly environmentally damaging, harmful to human health and economically irresponsible. As a side effect to oil production, Texas is responsible for producing the most vented and flared methane emissions in the nation, accounting for 47 percent of vented and flared natural gas in the U.S. in 2019 according to a report by the U.S. Energy Administration Information. And a recent analysis found that, along with oil fields in Russia and Turkmenistan, the Permian is one of the world’s dirtiest.

Residents of the Permian say the oil and gas industry needs to invest in regional health care. They are going to need it. Fossil fuel production directly harms our citizens. Flaring often releases sulfur dioxide, ammonia or volatile organic compounds. Some of these compounds, such as benzene are known to cause cancer. Toluene, another VOC, is a neurotoxin that can cause miscarriages and birth defects. One recently published study examining the Eagle Ford Shale region which stretches from Laredo to counties east of Waco found that “pregnant women who lived near areas where flaring is common had 50 percent greater odds of giving birth prematurely than those who did not.” In Ector County out in West Texas, 87.8 percent of residents live within half a mile of an active oil or gas well which has been linked with higher risk of cancer, respiratory illnesses and neurological issues.

If the federal government slows down production in the Permian Basin, Americans will be deprived of the energy our economy and our allies desperately need.

Leaks, flares and vents all release potent greenhouse gases into the atmosphere. Flaring converts methane into VOCs, carbon dioxide and water vapor which all contribute to climate change. Meanwhile, methane itself traps about 30 to 90 times more heat in the atmosphere than carbon dioxide but lasts in the atmosphere for decades rather than centuries. This high negative impact and relatively low atmospheric lifespan makes reducing methane emissions one of the simplest, most worthwhile actions we can take to reduce climate change.

Finally, there is ample reason to believe the economic benefits of these booms are overstated. Anyone in the industry is familiar with the boom and bust cycle. I saw it myself growing up with both parents employed by rig companies. Months of feast were followed by famine. I watched towns get built up with new businesses and then left to rot when the cycle ended. When accidents inevitably happen — oil spills and methane leaks — cities lose energy and tax revenue which could otherwise go toward the rainy day fund, schools and roads. Meanwhile, increasingly efficient production means fewer workers: lower local economic benefits for the same societal costs. All of these are often uncounted costs of doing business.

There is a better path. We can reduce emissions from production and accelerate America’s transition from fossil fuels to renewable energy sources. We know this change is possible. We have the technology to dramatically reduce methane pollution, something the U.S. Environmental Protection Agency is considering requiring oil operators to use. And we can accelerate the transition toward clean energy. Repeated analysis has confirmed it. A 2019 study from Stanford shows how we can globally shift to a zero-carbon global economy and create 28.6 million more full-time jobs in the process. In March this year, researchers at Rice University published a paper outlining how solar and wind can replace almost all coal in Texas, meeting both the state’s energy needs and environmental goals. In April, research from UT Austin’s school of engineering found that Texas can get to net-zero carbon by 2050 while bolstering the economy.

Increased oil and gas production is not changing the Permian Basin for the better. It contributes to climate change and damages public health all while overstating benefits. Nationally, oil and gas production in the Permian Basin remains a major contributor to oil and gas emissions and likely the largest observed methane emitter in the United States. We should be leading the way in the nation’s efforts to curb emissions. We should be embracing the transition away from fossil fuels to make Texas the green energy capital of the world. We cannot miss this opportunity.

Michael Lewis grew up in Texas where his parents worked for the oil and gas industry. An Army veteran, his love for the outdoors drove him to the natural sciences. After working as a biologist for TPWD and other groups, he moved to advocacy. Michael holds a master’s degree in environmental science from Texas A&M Corpus Christi. He is the clean air and water advocate for Environment Texas, an environmental non-profit.