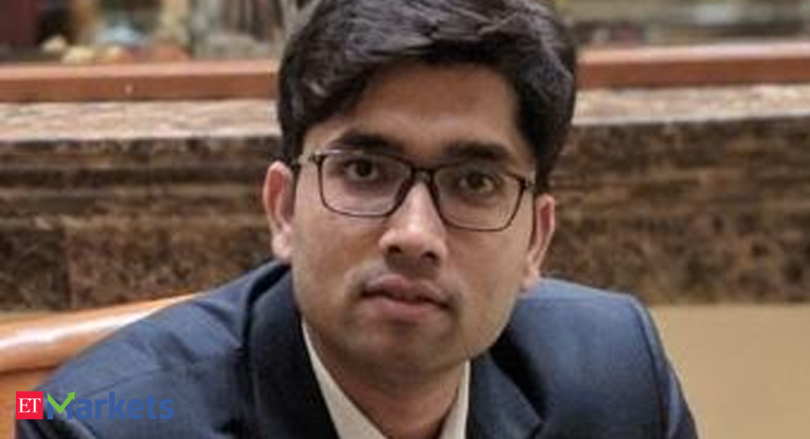 “MRPL has rallied more than 30% in the last one week as it is getting benefits from the higher GRMs or gross refining margins which is due to favourable global refining scenario and the company is expected to report healthy earnings in the near term,” says Mohit Nigam, Head – PMS, Hem Securities.

In an interview with ETMarkets, Nigam said: “Indian markets are expected to face the brunt of weak US inflation data on Monday. We advise investors to remain light and should avoid over-trading until the completion of the US Fed meeting.” Edited excerpts:


Nifty50 breached its crucial psychological support level of 16300-16400 in the week gone by – how are indices likely to trade in the coming week?
The Nifty 50 on Friday breached 16,300 levels which were the major support levels and closed at 16,200 levels. It is expected that there will be some more selling pressure this week and the immediate support levels are 16000 and 15800.

However, investors have to keep an eye on the US Fed meeting later this week.

Consumer durable as well as FMCG sectors took some selling pressure – is inflation denting the appeal for consumer names? Do you see further pressure on the consumption theme?
Retail inflation in India surged to an eight-year high of 7.79% in April. Burdened by increased cost pressures, FMCG and Consumer durables firms have taken several rounds of price hikes for their products.

Over the last quarter, prices of commodities such as crude oil, crude-linked derivatives, packaging material, spices, palm oil, and skimmed milk powder have surged immensely, while freight costs have shot up by three to four times.

The inflationary pressures and resultant price increases have led to consumers tightening their purse strings and relooking at discretionary purchases, while also downgrading to smaller packs.
According to a recent report, the FMCG industry witnessed negative volume growth despite recording a 6% growth on a yearly basis led by double digit price growth.

Rural markets, which faced higher price increases than urban markets, saw a dip of 5.3% which is the highest consumption slowdown in the last three quarters.

Higher prices are pushing up the cost of living and therefore it has resulted in a decline in purchasing power of consumers. Besides raw material inflation, the ongoing Russia-Ukraine conflict has also disrupted supply chains and oil shipments.

As per consensus, there can be softening of volume growth due to inflation in the coming quarters. However, the duty-free imports of crude soy and sunflower oil, limiting sugar exports, ban on the export of wheat, excise duty cuts on petrol and diesel, and doubling of fertilizer subsidy will help in limiting the inflation blow.

Furthermore, farm incomes are expected to increase with the onset of normal monsoon and therefore we can witness decent demand going ahead

Amid volatility rallied nearly 40% in the week gone by which are part of S&P BSE 500 index. What is fueling price action in these stocks?
Indian markets remained volatile in the past few weeks. This volatility directly comes from rising crude oil prices. Except for the Petrochemical sector, all major sectors are trading negatively.

has rallied more than 30% in the last week as it is getting benefits from the higher GRMs or gross refining margins which is due to favorable global refining scenario and the company is expected to report healthy earnings in the near term.

The ongoing concerns over the supply of refined products and the switch from costly gas to oil led to a rise in Singapore’s complex gross refining margin (GRM) to a multi-year high.

The International Energy Agency (IEA) expects the ongoing Russia-Ukraine war to reduce refining throughput by ~1.1mnbopd. This will result in a continued high refining margin till supply concerns abate.

We have a big US Fed meeting coming up in the coming week. Should investors trade cautiously or the volatility can be used to go long?
The US Fed meeting is likely to take place on 14-15th June 2022 and the main aim will be to announce further rate hikes in order to curb the situation of rising inflation.

The US inflation data which was released on Friday showed CPI rising to 8.6% in May which is the highest level in four decades. Investors are advised to trade cautiously as the Fed can make more than expected rate hikes as such weak inflation data was not expected.

Indian markets are expected to face the brunt of weak US inflation data on Monday. We advise investors to remain light and should avoid over trading until the completion of the US Fed meeting.