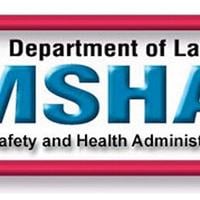 The Mine Safety and Health Administration has released the final report on a fatal accident at Freeport-McMoRan’s FMI surface copper mine in Morenci, Arizona.

The report said that on the morning of Jan. 28, 2022, Monroe Caston, Jr., a 56-year-old mixer driver with three years of mining experience, received fatal injuries and David Butler, a 24-year-old mixer driver in training with two years of mining experience, received serious injuries when the cement mixer truck they were in lost control, overturned on its side, and slid into a berm.

The truck was loaded with cement and was driving down a ramp with an average grade of more than 10 percent. Butler said they lost the use of the service brakes, and the speed of the truck rapidly increased. They passed their escort vehicle and a haul truck before losing control on a curve.

After overturning and sliding on its side, the cement truck left marks in the unpaved roadway that investigators measured to be 252 feet long.

MSHA investigators determined that the third axle of the cement truck was not lowered while the truck was in use and therefore was not able to provide additional braking assistance. The investigators also made a list of defects in the braking system. The MSHA report said three of the four brakes were out of adjustment, the rear drive axle had mismatching brake chambers, a brake shoe was not correctly positioned, one of the brake actuators had an air leak, and five of six braking components were worn beyond retirement criteria.

Investigators found that defects affecting the safety of the truck, including problems with the brakes, “were noted in the records, but no corrective actions were taken.”

Investigators determined that the truck’s seat belts were functioning properly, but Caston and Butler were not wearing seat belts.

As a corrective action following the accident, Tri County Materials, the contractor that employed Caston and Butler, took all trucks out of service and inspected the braking systems on the trucks before putting them back in service. The contractor developed written criteria for removing defective equipment from service, specifically addressing defective brakes, and developed a written Standard Operating Procedure regarding inspecting brakes before each vehicle use. All miners were trained on the criteria to recognize and remove defective equipment from service and on the SOP.

The contractor also developed a written SOP regarding seat belt use while vehicles are in motion.

A fatal accident occurred at the same mine on Sept. 15, 2021, when Cleveland Sloan, a 33-year-old contract welder with over 10 years of mining experience, crawled into the confined space inside a stainless-steel pipe he was welding and died of asphyxiation due to the argon gas used in the welding process. Sloan was employed by PVB Fabrications, a contract fabrication service. MSHA issued a final report on this fatality in May.

The FMI mine employs about 3,500 miners and operates two 12-hour shifts seven days a week.