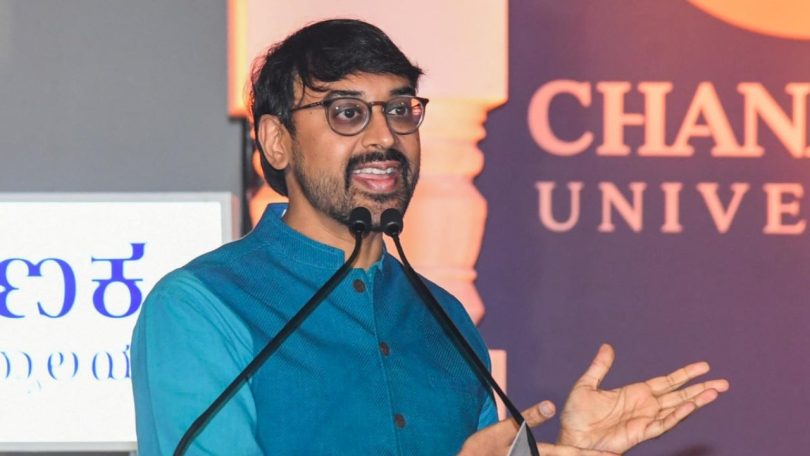 Fields Medal winner Manjul Bhargava said on Saturday that the Indian education system should return to its “ancient” multidisciplinary approach.

Bhargava, the Princeton University mathematician, was speaking at the inauguration of Chanakya University here.

Pointing out that the Ivy League universities in the US followed the multidisciplinary model, Bhargava explained how it would lead to inventions by citing the example of ‘zero’. “If we borrow from one discipline and use it somewhere else, it is the key for innovation. Steve Jobs used it. Companies are hiring multidisciplinary teams who draw ideas from aesthetics, arts and science. India needs to move on,” Bhargava, who is on Chanakya’s advisory council, said.

Chanakya University, arguably the first private university set up in line with the NEP, said it would fund its infrastructure through donations.

The university courted controversy after the government allotted 116 acres for it near Devanahalli for Rs 50 crore.

Chanakya’s pro-chancellor M P Kumar said the university is planning a financial model. “Ours is a university that’s charitable in nature. We’re preparing a financial model to build the campus and also sponsor education of poor bright students. The infrastructure of the university will be built by donors’ money. We’re trying to prove that higher education is affordable by getting sponsors for poor meritorious students,” he said.

Infosys co-founder Kris Gopalakrishnan, who is on Chanakya’s board of governors, and Biocon chief Kiran Mazumdar-Shaw, who is on the advisory council, made an appeal for donations to the university.