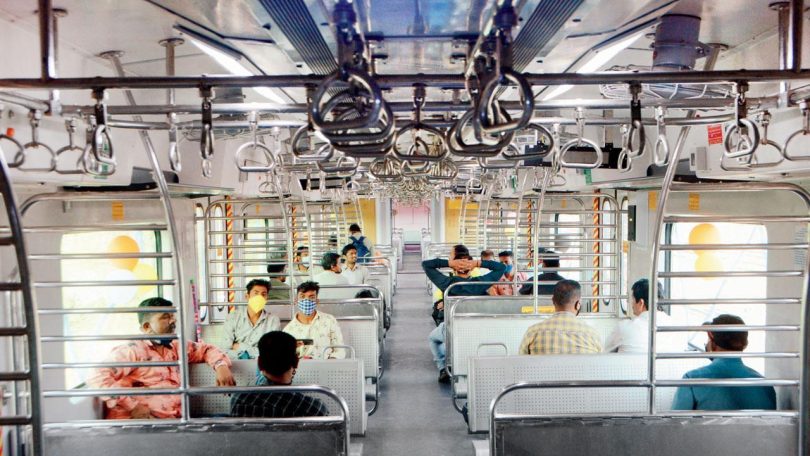 Commuters still split over cool trains, yet officials say idea is part of a larger plan to migrate commuters to AC locals 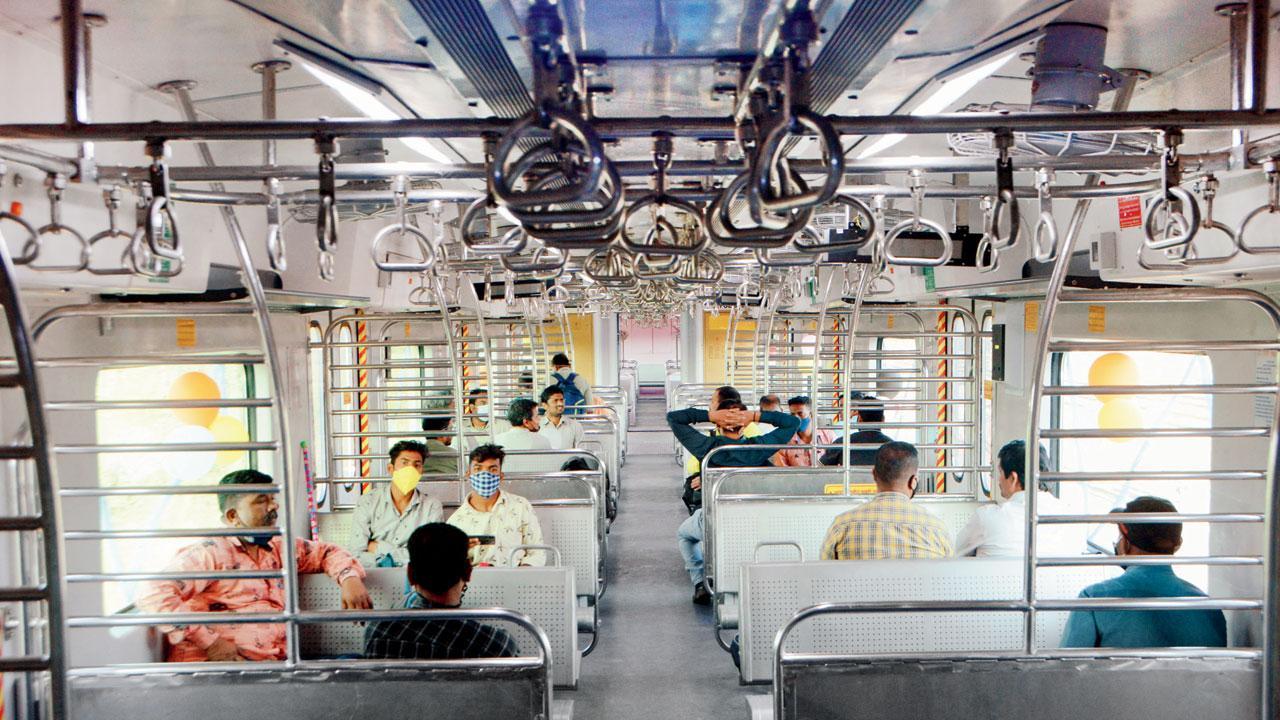 A solution which could solve both the problems, is of a mixed train where both AC and non-AC categories of passengers could be satisfied, but has proved technically difficult due to door-closure, detention and other issues. File pic

The city’s railway think tank, the Mumbai Railway Vikas Corporation (MRVC), has come up with the idea of a 15-car complete AC train, when Mumbaikars are looking for solutions exactly opposite of this in the present scenario. MRVC officials, however, said the idea was part of the larger long-term macro plan to migrate commuters to AC locals in the future.

mid-day had highlighted in its front-page story on June 18, For first time ever, rail commuters lose cool, stand divided over AC locals; how for the first time in its history, Mumbai rail commuters had been split due to AC locals. While a new and growing community wants more AC locals even during peak hours, the old and regular commuters are opposed to their regular services being replaced. Mumbai railways cannot introduce new train services on its network any longer as the system is at its optimal capacity and a new service can only be introduced by replacing an existing one.

A solution which could solve both the problems, is of a mixed train where both AC and non-AC categories of passengers could be satisfied, but it has proved technically difficult due to door-closure, detention and other issues.

Adding fuel to the fire

MRVC has now added fuel to the fire, saying it had worked out a proposal to run 15-car AC trains. The existing AC local comprises two six-coach vestibuled units coupled together making a 12-car train. Zonal officials said that though a 15-car train can ferry 25 per cent more passengers, operating it in the existing system many a time proves to be a technical difficulty. “It has now become possible to run 15-car trains on slow lines between Andheri and Virar only after Western Railway spent R70 crore on extending 27 platforms at 14 stations and remodelled four yards. However, longer trains remain a problem due to limitations elsewhere,” said an official.

While MRVC officials did not speak on record, top officials did say the idea was part of a larger nine-point macro plan to migrate commuters to AC locals and should not be taken otherwise. “The plan calls for studying the existing data/records regarding present traffic’s origin-destination matrix, commuter profile, comfort and ease of travel, peak hour, non-peak hour travel, etc. providing a year-wise induction plan for AC locals, studying the existing timetable, train links, stabling plan and operational strategy and also including working of 15- and 16-car trains to develop an overall strategy,” a top official said.

“Also, a 15-car AC train would only be possible with the new type of trains that the MRVC will soon be procuring. There are plans to get new 238 AC locals—47 under MUTP-3 and 191 under MUTP-3A—having inbuilt infotainment, CCTV with better acceleration,” he said. Central Railway at present runs 56 AC services with four trains in hand and WR 40 services with four trains. As per July ticket figures, 14,51,029 passengers used the AC local on WR and 10,36,653 on CR.

A technical glitch in one of the Mumbai Metro Red Line 7 trains disrupted services on Thursday along the line. Officials said passengers had to de-board at Devipada station in Borivli east to avoid inconvenience and further delays. Another train was pressed into service. The issue was rectified after a few minutes. About 9.75 km Phase 1 of Line-7 has been open for train operations since April 2022 and includes 10 stations—Dahisar East, Ovaripada, National Park, Devipada, Magathane, Poisar, Akurli (Bandongri), Kurar (Pushpa Park), Dindoshi (Pathanwadi) and Aarey.