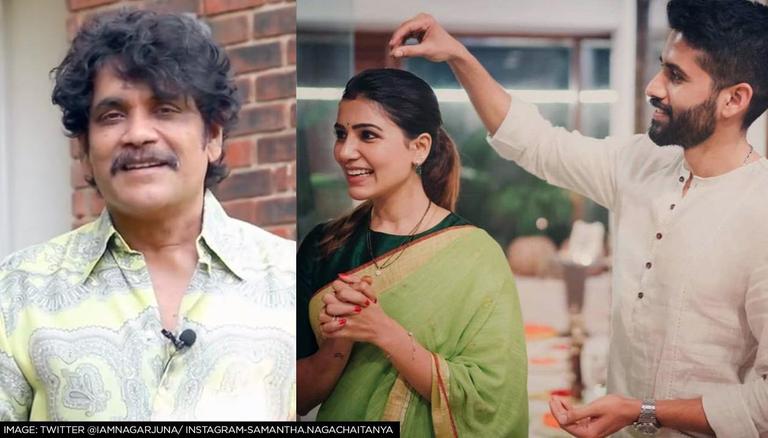 Ever since Naga Chaitanya and Samantha Ruth Prabhu ended their marriage of four years, the personal lives of both the stars are quite talked about on social media. From the Laal Singh Chaddha’s linkup rumours to Samantha’s personal life, there have been constant media reports of the two that have created a strong buzz among the fans.

Post the success of Brahmastra, Nagarjuna Akkineni recently sat down for a conversation with Pinkvilla and addressed such media reports questioning his son’s personal life.  For the unversed, Naga Chaitanya and Samantha Ruth Prabhu, announced their split in October last year.

During the interaction, the South stalwart was asked if he was worried about the fact that news about Naga Chaitanya’s personal life was overshadowing his professional accomplishments. The actor replied that his son was in a happy frame of mind, and that was good enough for him as a father.

“He is happy, that’s all I see. That’s good enough for me. It’s an experience that happened to him. Unfortunate. We can’t keep moping about it. It’s gone. It’s out of our lives. So I hope it will be out of everybody’s life,” the 63-year-old star said.

Meanwhile, recently Samantha’s father Joseph looked back at the memories of his daughter’s wedding with Chaitanya in Goa in 2017. He had shared a throwback picture from the dreamy wedding on Instagram. On the work front, Nagarjuna’s role as an artist named Anish Shetty, who wields the Nandi Astra in Brahmastra is gaining wide appreciation from fans. He will next be seen in the thriller drama The Ghost.  Apart from him, Samantha will be seen in Yashoda and Shakuntaalam.