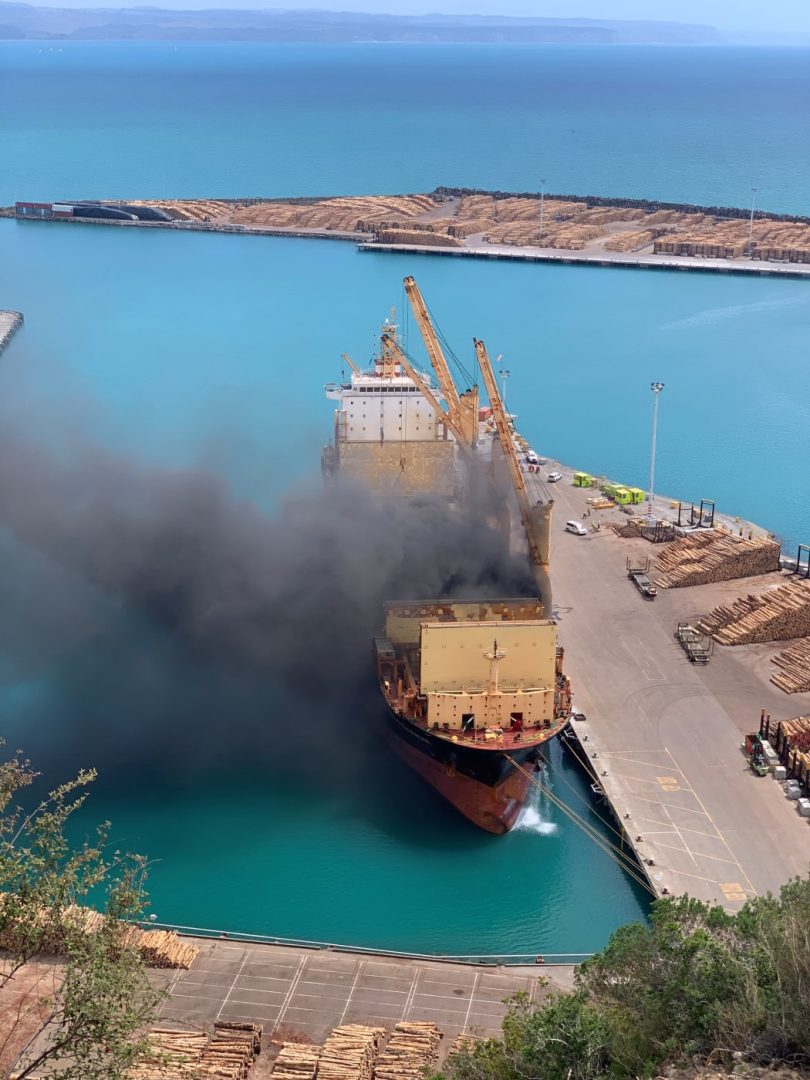 The Transport Accident Investigation Commission has found that crews could have acted faster during a fire at the port of Napier.

Huge clouds of smoke billow out of a container ship at Napier Port on 18 December, 2020.
Photo: Supplied / James Hooker

In December 2020, a fire sparked by molten material from a gas cutter broke out.

Firefighters were delayed in acting because they failed to understand the role and advice of the shipmaster.

The acting chief investigator of accidents, Naveen Kozhuppakalam, said there was clear evidence the delays were caused by the mix-up.

“There is good strong evidence to support that the crucial firefighting tactic, which is for the ship’s crew to close the cargo hold cover and release carbon dioxide into the cargo hold using the ship’s own fire suppression system, was delayed,” he said.

Kozhuppakalam said fire crews should be able to adapt their training regime for such circumstances.

“What we’ll be encouraging Fire and Emergency New Zealand to do is to now update their own training regimes, so that these new policies and procedures are clearly reflected in the training regime,” he said.

In a statement released in reply, Fire and Emergency said it viewed the firefighters’ response as effective.