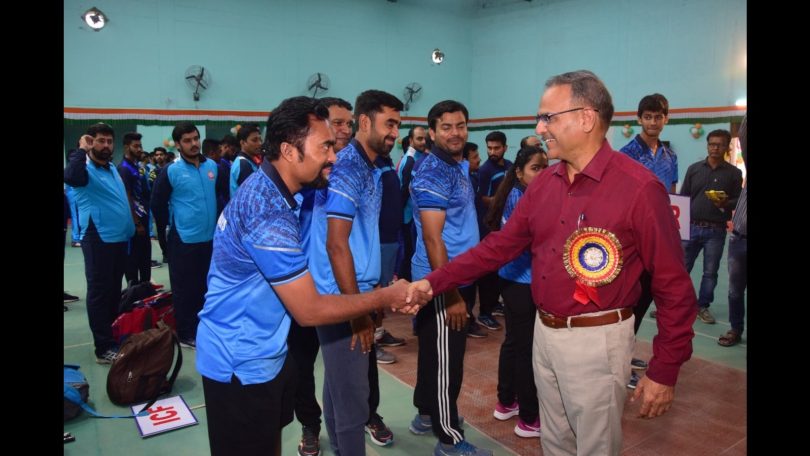 The 68th All-India Inter Railways Table Tennis Championship being organised under the aegis of North Central Railway Sports Federation kicked-off at Railgaon, in Subedarganj, on Tuesday.

The event was inaugurated at Railway Stadium Badminton Hall by Pramod Kumar, general manager, North Central Railway and will continue till November 5.

The inauguration proper took place with the GM and all principal heads of departments present lighting the ceremonial lamp to formally inaugurate the event.

In his welcome address, Himanshu Shekhar Upadhyay, chief public relations officer, NCR, said that for the first time after the Coronavirus period, the All-India Inter-Railway Table Tennis Championship was being organised. He also said that this was the first time that the NCR had got the opportunity to host the TT championship.

Speaking on the occasion, the GM expressed hope that by organising this championship, sports in the Railways would get a boost. He said that sports are beneficial as they teach us punctuality, patience, discipline, teamwork and perseverance. They teach us to build and improve confidence levels, teach us team spirit, which helps us deal with difficult situations and all problems together easily.

On this occasion, the GM also extended his best wishes to the players, coaches, referees and other officials from different places including the Railway Board for the success and fair conduct of this event.

On this occasion, table tennis player and Olympian Sutirtha Mukherjee of South Eastern Railway administered the oath to all players. After this the general manager formally announced the event open. Around 12 men’s and seven women’s teams are participating in the five-day event. About 100 players are taking part in it. In this, team as well singles and doubles contests are being organised.