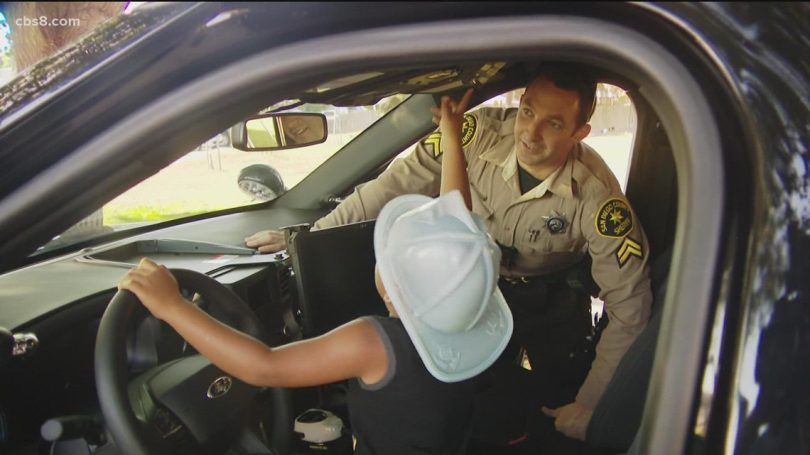 The event began nearly four decades ago as a take-back-the-streets campaign led by residents having gatherings in a show of community pride.

SAN DIEGO — Community gatherings are planned across San Diego County Tuesday and Tuesday evening as residents gather with police officers, sheriff’s deputies and various other authorities as part of the annual National Night Out crime-prevention event.

The event began nearly four decades ago as a take-back-the-streets campaign led by residents having gatherings in a show of community pride.

Over the years, the event has grown to include block parties, parades, movie screenings and picnics, with millions of people taking part across the country.

During the event, residents are encouraged to lock their doors, turn on their front house lights and join with neighbors, law enforcement and Neighborhood Watch leaders at local neighborhood events.

Activities vary by event but generally include food, police and fire department displays, live entertainment and a chance to interact with city officials.

Started in 1984, National Night Out is billed as “America’s night out against crime.” It is sponsored by the National Association of Town Watch and co-sponsored by local municipalities and law enforcement agencies nationwide.

More information is available at https://natw.org.