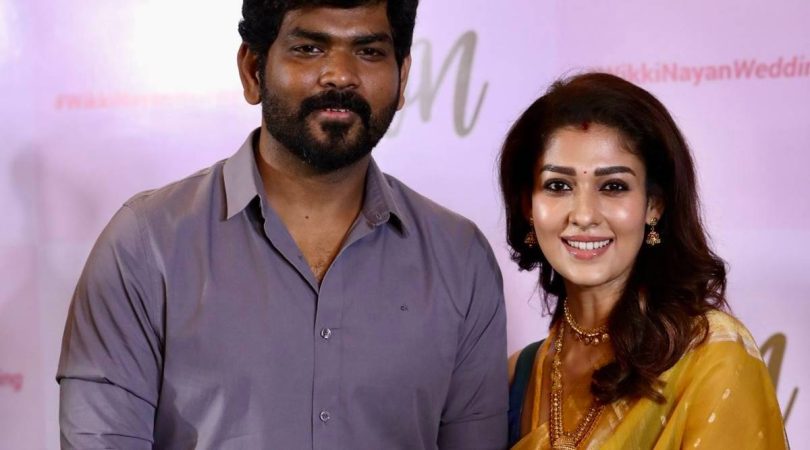 Tamil superstar Nayanthara married filmmaker Vignesh Shivan on June 9. Earlier this month, the director had announced the wedding and promised the media that they would host a meet and greet event in Chennai on June 11. On Saturday, Vignesh and Nayanthara met the media in the city.

In a video, which is going viral on social media platforms, Nayanthara appeared scared and worried when she saw that a person tripped in an attempt to click the couple. The venue was flocking with media and camera persons. Addressing the media at the event, Nayanthara and Vignesh thanked them for supporting them throughout their careers and requested them to support them in their personal journey as well. For the event, Nayanthara wore a gorgeous yellow-green saree, which she paired with statement temple jewellery.

Earlier, Nayanthara and Vignesh were also spotted in Tirupathi. The two sought Lord Balaji’s blessings after they tied the knot.

On June 9, Vignesh shared stunning photos from his wedding. “Jus the Beginning of a bigger , stronger , crazy love story wit you my #Thangamey. Love you #Thangamey #Kanmani Kadambari and now my wife,” he wrote as the caption of his post. “From Nayan mam … to Kadambari … to #Thangamey …. to my baby ….. and then my Uyir … and also my Kanmani ….. and now … MY WIFE,” he mentioned in another post.

Vignesh and Nayanthara dated each other for 7 years before getting married in Mahabalipuram. Their wedding ceremony was a private affair with only close friends and family members in attendance. Director Atlee and Shah Rukh Khan also attended the wedding. As per reports, Nayanthara will be seen sharing the screen space with SRK in Atlee’s next, titled Jawan.