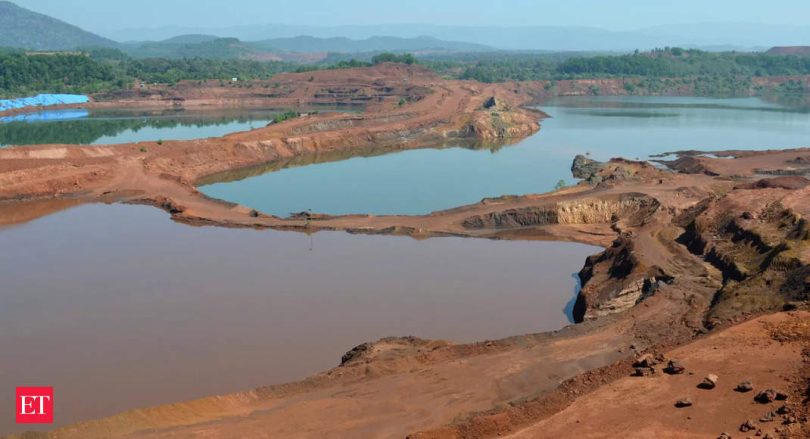 NMDC Ltd will be spending nearly Rs 900 crore in the next two to three years to ramp up iron ore production from seven million tonnes per annum (MTPA) to 10 million tonnes, from its Kumaraswamy mines in Karnataka. An Expert Appraisal Committee under the Minister of Environment and Forests has given its green signal for Environmental Clearance in a meeting held during November 9-11 allowing NMDC to increase the production and the EC is valid up to 2042, company sources said.

In August, the Supreme Court raised the ceiling limit of iron ore mining from 28 MMT ( million metric tonne) to 35 MMT for Ballari district, and from 7 MMT to 15 MMT for Chitradurga and Tumkur districts in Karnataka.

“NMDC has EC for 7 MTPA and also is producing 7 million tonnes. On November 10, the Indian Bureau of Mines (IBM) recommended the company to go from 7 MTPA to 10 MTPA. There will be a crushing and screening and loading plant at the site. For all these works a capex of Rs 898 crore over a period of two to three years will be spent,” sources told PTI.
As the EAC recommended the project already, it is expected that the Ministry of Environment, forests and Climate Change may issue the EC during next month, sources added.

Public hearing was held on March 22 at Kumaraswamy Iron ore Mine Project site. The proposal was earlier considered in the 52nd EAC meeting (Non-Coal Mining) held during June 14-15, 2022 wherein the EAC deferred the proposal for want of requisite information.

The Project Proponent needs to submit the revised mining plan approved by the IBM for the restricted mining activities in an area of 477.49 hectares (Revenue land: 152.79 ha and diverted forest area: 324.70 ha) out of total mine lease area of 639.80 ha, EAC said in the minutes of the meeting.

NMDC is targeting a production of 46 MTPA of iron ore in FY23. This volume is 10 per cent higher than what the PSE produced in FY22 and would provide a cushion against any possible pressure on pricing, the miner had earlier said.

Lease for the Kumaraswamy mine was renewed by the Karnataka government in June 2022 by another 20 years, ending a period of uncertainty.