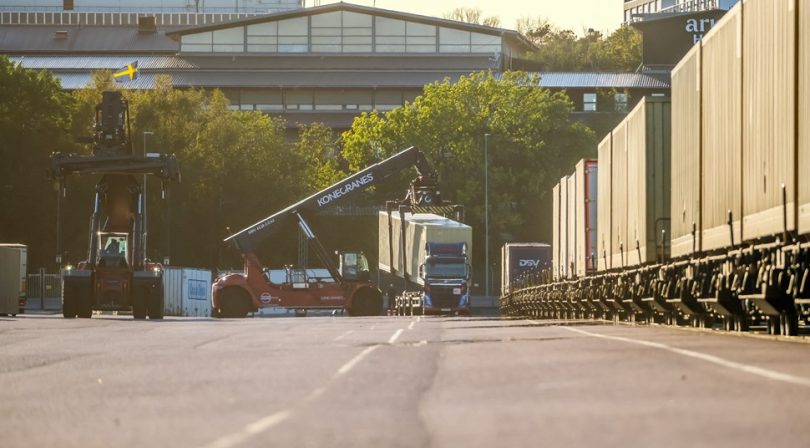 One of the terminals at the Port of Gothenburg is getting a new operator.

Arken Intermodal Terminal at the Outer Ports will be operated from now on by the terminal company Gothenburg Roro Terminal.

The recently signed lease agreement comes into force on 11 December and is valid for three years.

The Arken Intermodal Terminal comprises an area of 65,000 square metres adjacent to the Port’s container and ro-ro terminals.

The terminal is used for the transshipment of containers or trailers between ships, trains and trucks, for onward transport into the Swedish hinterland or out into the world.

With its seven railway lines with a total track length of 3,360 metres, the terminal is focused primarily on handling rail traffic.

As of 11 December, operations will be taken over by an operator that is already well-established at the port, Gothenburg Roro Terminal.

The company has been running the port’s biggest ro-ro terminal since 2012, where the majority of the port’s total of about 600,000 ro-ro units per year are handled.

The terminal has 16 departures per week to the UK and many of the major freight hubs in Central Europe. The ro-ro terminal and the Arken Intermodal Terminal are immediately adjacent to each other.

“There are many new opportunities that this will enable us to realise – not least when Arken’s link to intra-European ro-ro shipping becomes clearer,” said Maria Franksen, CEO of Gothenburg Roro Terminal.

“For example, we’ll be able to link up the terminal’s extensive rail traffic from Norrland to the upcoming green shipping corridor via Ghent, for onward transport to Turkey.”

The terminal is of the open access type, and with a total capacity of 90,000 units a year.

The Arken Intermodal Terminal is a relatively new addition to the Port of Gothenburg’s range of terminals.

It became operational at the turn of the year 2017/2018, when it replaced a previous terminal in central Gothenburg. This relocation brought major benefits in the form of higher capacity, a better geographical location in relation to industry and a better adapted road infrastructure to and from the terminal.

The move meant that around 100 trucks a day could be moved from the city centre, resulting in both shorter queues and lower emissions in the area.