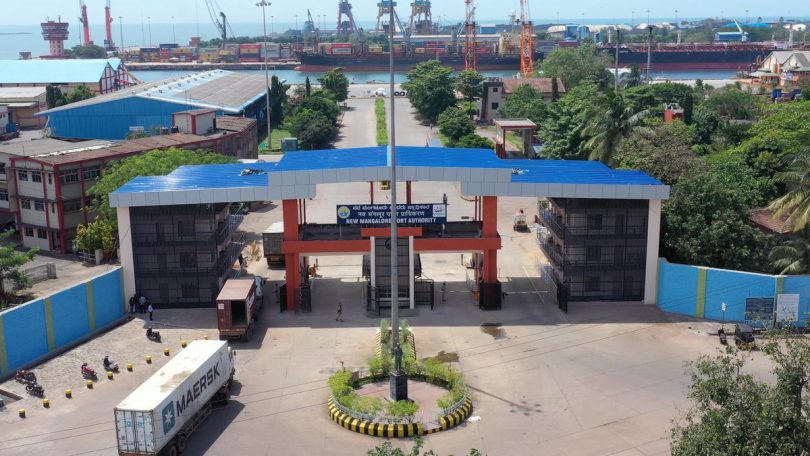 New Mangalore Port Authority (NMPA) has said that it produced 38.45 million units of solar power in the last six years, between December 2016 and November 29, 2022, and continues to remain a 100% solar powered port.

Achieving self-sufficiency in energy needs reduced 32,683 tonnes of carbon foot print and resulted in savings of ₹26 crore to the port, it said in a statement.

Releasing the statement on the occasion of the port observing World Pollution Prevention Week from December 2 to December 8, under the leadership of its chairman A. V. Ramana, NMPA said it has undertaken several green initiatives.

The port said it has introduced mechanised handling of coal cargo and iron ore pellets through conveyor system to ensure zero spillage of cargo on roads. It has built several coal settling tanks inside the wharf and also outside the wharf area where remnants of cargo are prevented from flowing into the sea.

All the coal yards are provided with garland drains for collecting overflowing water coming out of yards due to coal dampening and/or dust suppression system sprinklers, rain water etc.

Most concrete roads and coal yards inside the port have also been installed with mechanised water sprinklers ensuring minimal dust pollution in cargo operational areas.

It has installed a two tonne capacity solid waste management unit through vermi-composting and with shredder. This unit produces 36 tonnes of organic manure annually.

The NMPA celebrated the week by conducting various awareness programmes on pollution prevention and a quiz competition for college students. It conducted a training in pollution prevention and mitigation measures for port employees and distributed three colour-coded dustbins to all colony residents of the port to motivate segregation of waste as wet waste, dry waste and sanitary waste for proper disposal, the port said.