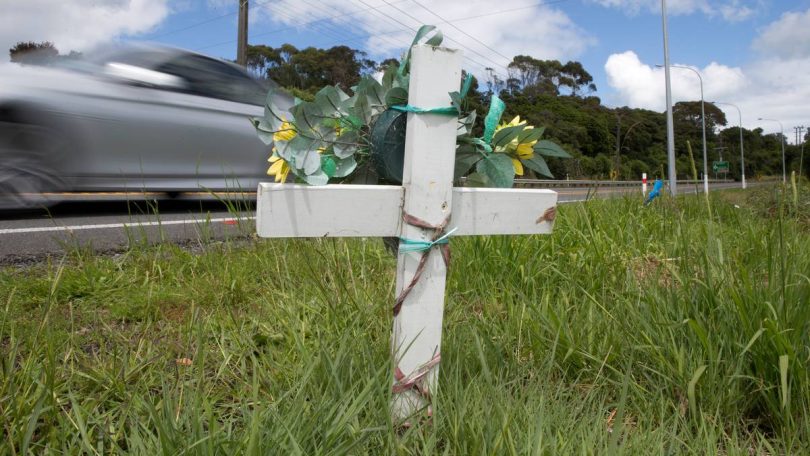 New Zealand has had its highest road toll in four years over the Christmas and New Year break, with 20 people dying on the country’s roads during the holiday period.

The official holiday road toll period ended this morning at 6am. It ran from December 23.

There were 15 fatal crashes during this period.

The latest casualties that were added came after a car collided with a tree in the Far North near Ahipara overnight and two people died.

A police spokesperson said the two people died at the scene while a third person was taken to hospital in a critical condition.

The first fatality of the holiday period was in Manawatū on the morning of Christmas Eve after a single-vehicle crash on Rongotea Rd left the driver, who was the sole occupant of the car, dead.

Later that day, around 10.10pm the road toll increased to two after a crash in Port Whangārei killed 18-year-old woman Jacinda “Cinda” Sione-Lauaki. There were four people in the car and a police spokesperson said Sione-Lauki was ejected from the car.

Sione-Lauaki had been enjoying a night with friends when around 10pm, the car she and four others were travelling in failed to make a right turn around a sharp bend on Kotata Rise in Whangārei.

She was thrown from the vehicle as it careened down the slope.

Senior Constable Warren Bunn confirmed Sione-Lauaki had been found dead under the vehicle, around 60 metres away from the road.

A short while later, Shana Homaria and her mum received a phone call from Sione-Lauaki’s boyfriend, Taite Kidwell.

“Instantly, I think, everybody was in complete shock. I never thought it would be her, out of everybody,” Homaria said.

“I was angry. We were all angry. We didn’t know what to think of it – we didn’t get time to think.”

Homaria, the eldest of 10 siblings, said she and Sione-Lauaki were close. They grew up “on each other’s tails”.

“She is beautiful in every way. She is the funniest person I know – always cracking jokes.”

The picture she painted of her sister was of a woman outgoing, outspoken and strong.

“She was always fighting for what she believed in and what she thought was right.”

But also of a person caring and generous.

“She was kind, she just loved to help everybody […] she was always the person you could go to. She had the biggest heart.”

She had been really motivated to start studying to become a midwife, Homaria said.

He told them the news, their sister and daughter – and his high school sweetheart – had died.

The toll continued to climb when a 19-year-old woman was found dead after police were called to a one-car crash on Auckland’s Southwestern Motorway on Boxing Day. Following this, a 20-year-old male was charged with kidnapping.

Police found a crashed car and the dead teen around 3.20am that day.

A homicide investigation was launched.

The vehicle had come to a stop facing the wrong way on the motorway. It had moderate damage to the front, a witness said.

The 20-year-old was also charged last week with driving while forbidden and refusing officers’ request for blood, but police indicated at the time that other charges could follow.

He appeared in the Manukau District Court as last Thursday and his lawyer asked that he be released on bail.

The 20-year-old, wearing a striped dress shirt as he stood in the courtroom dock accompanied by two security officers, looked down at the ground for much of the hearing – taking quick glances at defence lawyer Vivienne Feyen and three family members who sat in the gallery.

Judge Forrest approved his lawyer’s request for continued interim name suppression, as well as a request by police that the identity of the young woman who died remains suppressed on an interim basis as well.

Meanwhile, on Boxing Day, a person died after the car they were driving collided with a fence in Ōpōtiki.

A person also died two days later after getting into a crash in Edendale on Boxing Day.

On December 27, a person died in Northland after the car they were in flipped on Puna Rere Drive. One person also received minor injuries while a third person went uninjured.

Then four people died in two separate crashes on December 29 – one was on SH63 in Wairau Valley, Marlborough after an SUV towing a boat and a sedan collided while the other was a single-vehicle motorcycle crash on Evans St in Timaru

The next day two people died following a crash on a suburban road in Auckland. One person died at the scene of the crash on Don Buck Rd while another later died in hospital.

Deadly start to the New Year

On New Years Eve, a Gisborne man and his brother in law were were struck and killed by a car in Gisborne near the Rhythm and Vines venue as they were making their way to the festival.

Jardon Thomas Te Hau had just turned 31 on Christmas Eve and was walking down Back Ormond Rd on his way to the Rhythm and Vines Festival with his 19-year-old brother-in-law when tragedy struck.

Thomas Te Hau was a father-of-four who is being remembered by his whānau as a gentle soul and wonderful father.

Te Hau’s cousin Monique Smith said family and friends were unsure of the circumstances of the crash, other than that Jardon was killed almost instantly while his brother-in-law died after he was taken to hospital.

Smith read the Herald a statement on behalf of his whānau paying tribute to Te Hau’s character and generosity.

“Jardon lived life to the fullest,” the statement said.

“He was a colourful character with the biggest heart who would do anything for anyone.

“He was a wonderful dad to his four babies.

“He had a gentle soul and he will be dearly missed by his parents, siblings, partner and children.”

A Givealittle page has been established to help in covering his funeral costs. It has raised a little over $6700 so far.

A separate whānau member told the Herald she lost two loved ones in one day.

“This is all so heartbreaking,” she said.

“I am pretty shattered. I had just finished work when I heard the news.”

Earlier that day one person died after a crash between a car and a truck on State Highway 1 in Brynderwyn, Northland and another person died following a crash on Rangiora Leithfield Rd in North Canterbury.

On January 2, one person died and seven people were injured after a major crash on State Highway 2 in Athenree Gorge near Waihi.

Four rescue helicopters and 20 firefighters from three stations were among the emergency services sent to the scene with reports people were trapped in two vehicles.

A fire chief described the crash as “up there” with the worst he has seen.

Children aged 6 and 8 were among those injured in the fatal crash.

Hospitals confirmed yesterday morning that all of those injured are stable.

A Waikato Hospital spokesman said it received four patients from the crash, three from the scene and one who was transported from Tauranga Hospital.

“We currently have two patients stable in our High Dependency Unit while another two are stable in two separate wards.”

An Auckland Hospital spokeswoman said a patient was in a serious but stable condition.

A Tauranga Hospital spokeswoman said three girls aged 8, 6 and 17 went to the hospital. The 6-year-old was airlifted to Waikato Hospital last night and the other two were in a stable condition.

Among those airlifted from the scene were a man in his 40s and a woman in her 70s, Auckland Westpac Rescue Helicopters previously reported.

“We were the first ones there,” he said.

“Four people had to be physically cut from the vehicle.”

On the same day, a motorcyclist died after they crashed into the water near Ohiwa Beach Rd at Waiotahe, Ōpōtiki.

A significant drop in deaths on New Zealand roads was seen during the years of Covid-19 lockdowns.