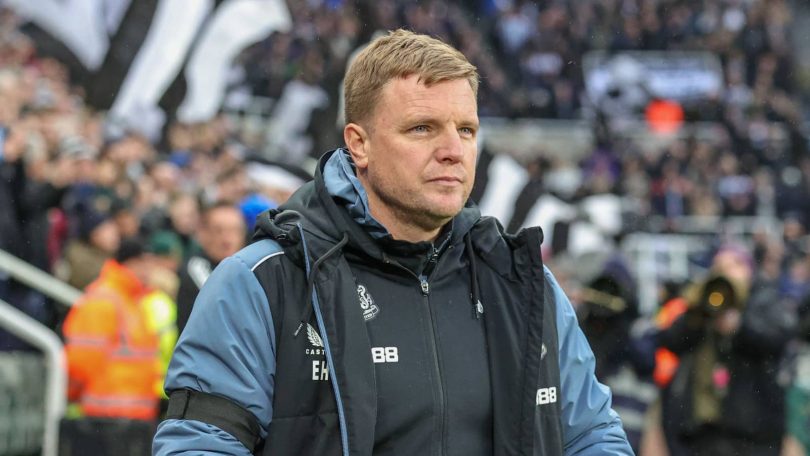 Newcastle will soon complete a critical piece of business that’ll leave Real Madrid wanting and help to establish Eddie Howe’s side in the upper echelons of the Premier League, TEAMtalk has been told.

The Magpies were always likely to crash the traditional big six’s party once bought by the Saudi-led PIF, though few would have predicted quite how quickly they’d do it.

Eddie Howe’s side are already a genuine contender to finish inside the top four. They lay third in the table ahead of this weekend’s fixtures and with the Manchester and North London derbies both taking place, have a chance to gain even more ground on their rivals.

Newcastle have splashed the cash in each of the previous two windows since coming under new ownership.

However, it’d be unfair to say they’re simply buying their success given the remarkable improvement many of their stars have shown.

Holdovers from the previous regime Fabian Schar and Miguel Almiron have both been nothing short of sensational since Howe took charge.

Dan Burn has been revelation since arriving from Brighton. Nick Pope has proved why many believe he should be England’s No 1, while Bruno Guimaraes has established himself as one of the league’s finest midfielders.

Guimaraes did not come cheap, costing a fee that could rise to £40m when signed from Lyon one year ago. He was an impressive performer in Ligue 1, though he’s unquestionably taken his game to new heights at St. James’ Park.

Unfortunately for Newcastle, his superb displays on both the defensive and offensive sides of the game haven’t gone unnoticed.

Real Madrid are known to be sniffing around with Luka Modric and Toni Kroos both coming to the end of their careers.

What’s more, our transfer insider, Graeme Bailey, told us that between the closing of the January window and season’s end, Newcastle will reward Guimaraes with a lucrative new contract.

His current deal doesn’t expire until 2026, but the midfielder will be offered an extension that’ll better suit his huge influence on the team.

Newcastle and Guimaraes “on the same page”

“Bruno Guimaraes has been nothing short of brilliant since moving to Newcastle just 12 months ago,” said Bailey.

“Being named North East Football Writers’ Player of the Year is just reward for his progress.

“Another reward for his progress will be a new contract which we can expect in the coming months. He’s become one of the Premier League’s best midfielders and Newcastle recognise that.

“Newcastle are going to get the January window out of the way but then we can fully expect Bruno to be rewarded.

“It is also known that Bruno’s performances have been admired by rivals and we know Real Madrid are already monitoring him.

“But the player is very happy in Newcastle, has started a family, and he and the club are very much on the same page when it comes to his future.”

Guimaraes is arguably Newcastle’s most important player at present and securing his long-term future would be a real statement of intent.

It would’ve been near-unthinkable not so long ago a club like Newcastle could fend off a powerhouse like Real Madrid in the market.

Doing just that for Guimaraes will be another sign Newcastle have arrived at the top table in English football.