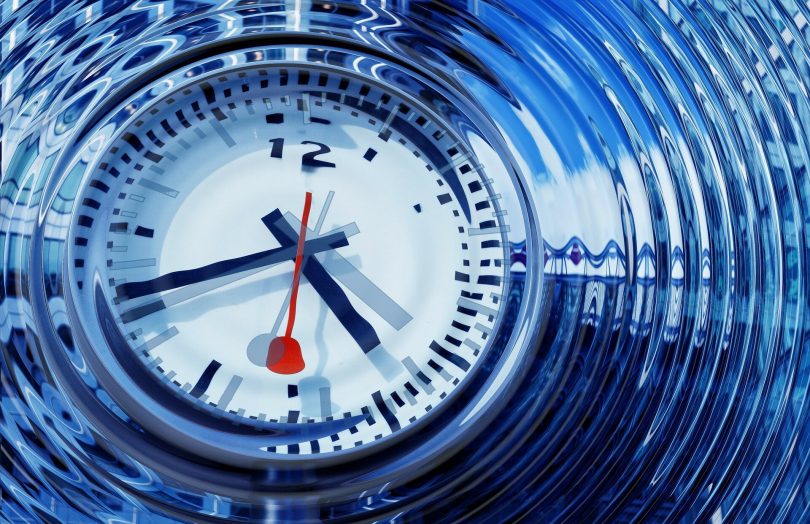 Quantum clocks are shrinking, thanks to new technologies developed at the University of Birmingham-led UK Quantum Technology Hub Sensors and Timing

Working in collaboration with and partly funded by the UK’s Defence Science and Technology Laboratory (Dstl), a team of quantum physicists have devised new approaches that not only reduce the size of their clock, but also make it robust enough to be transported out of the laboratory and employed in the ‘real world’.

Quantum—or atomic—clocks are widely seen as essential for increasingly precise approaches to areas such as online communications across the world, navigation systems, or global trading in stocks, where fractions of seconds could make a huge economic difference. Atomic clocks with optical clock frequencies can be 10,000 times more accurate than their microwave counterparts, opening up the possibility of redefining the standard (SI) unit of measurement.

Even more advanced optical clocks could one day make a significant difference both in everyday life and in fundamental science. By allowing longer periods between needing to resynchronize than other kinds of clock, they offer increased resilience for national timing infrastructure and unlock future positioning and navigation applications for autonomous vehicles. The unparalleled accuracy of these clocks can also help us see beyond standard models of physics and understand some of the most mysterious aspects of the universe, including dark matter and dark energy. Such clocks will also help to address fundamental physics questions such as whether the fundamental constants are really ‘constants’ or they are varying with time

Lead researcher, Dr. Yogeshwar Kale, says that “the stability and precision of optical clocks make them crucial to many future information networks and communications. Once we have a system that is ready for use outside the laboratory, we can use them, for example, on-ground navigation networks where all such clocks are connected via optical fiber and started talking with each other. Such networks will reduce our dependence on GPS systems, which can sometimes fail.”

“These transportable optical clocks not only will help to improve geodetic measurements—the fundamental properties of the Earth’s shape and gravity variations—but will also serve as precursors to monitor and identify geodynamic signals like earthquakes and volcanoes at early stages.”

Although such quantum clocks are advancing rapidly, key barriers to deploying them are their size—current models come in a van or in a car trailer and are about 1500 liters—and their sensitivity to environmental conditions limiting their transport between different places.

The Birmingham team, based within the UK Quantum Technology Hub Sensors and Timing, have come up with a solution that addresses both of these challenges in a package that is a ‘box’ of about 120 liters that weighs less than 75 kg. The work is published in Quantum Science and Technology.

A spokesperson for Dstl added that “Dstl sees optical clock technology as a key enabler of future capabilities for the Ministry of Defence. These kinds of clocks have the potential to shape the future by giving national infrastructure increased resilience and changing the way communication and sensor networks are designed. With Dstl’s support, the University of Birmingham have made significant progress in miniaturizing many of the subsystems of an optical lattice clock, and in doing so overcame many significant engineering challenges. We look forward to seeing what further progress they can make in this exciting and fast-moving field.”

The clocks work by using lasers to both produce and then measure quantum oscillations in atoms. These oscillations can be measured highly accurately and, from the frequency, it is possible to also measure the time. A challenge is minimizing the outside influences on the measurements, such as mechanical vibrations and electromagnetic interference. To do that, the measurements must take place within a vacuum and with minimal external interference.

At the heart of the new design is an ultra-high vacuum chamber, smaller than any yet used in the field of quantum time-keeping. This chamber can be used to trap the atoms and then cool them down very close to the ‘absolute zero’ value so they reach a state where they can be used for precision quantum sensors.

The team demonstrated that they could capture nearly 160 thousand ultra-cold atoms within the chamber in less than a second. Furthermore, they showed they could transport the system over 200 km, before setting it up to be ready to take measurements in less than 90 minutes. The system was able to survive a rise in temperature of 8 degrees above room temperature during the journey.

Dr. Kale, added that they’ve “been able to show a robust and resilient system, that can be transported and set up rapidly by a single trained technician. This brings us a step closer to seeing these highly precise quantum instruments being used in challenging settings outside a laboratory environment.”

This document is subject to copyright. Apart from any fair dealing for the purpose of private study or research, no
part may be reproduced without the written permission. The content is provided for information purposes only.