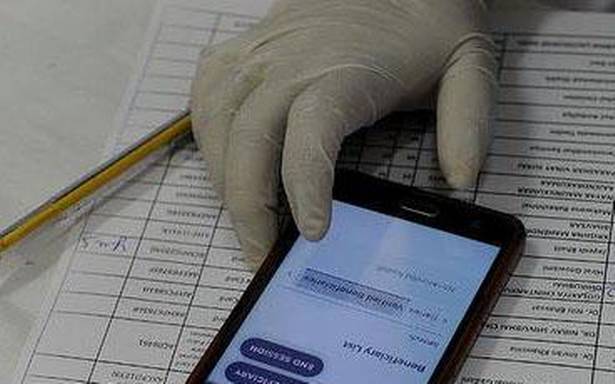 
The National Health Authority (NHA) is planning an event with partner countries across the world to share the details of the indigenously developed CoWin App, which has been at the centre of India’s vaccination drive, said the Ministry of External Affairs.

“..during his intervention at the recent G-7 meeting, the PM had offered to share India’s experience and expertise in the successful use of open source digital tools in contact tracing and vaccine management.

In pursuance of this, the National Health Authority proposes to organise an event with partner countries across the world to share details of the indigenously developed CoWin App, which has been at the centre of our vaccination drive,” said Arindam Bagchi, Spokesperson, MEA, at a media interaction on Thursday.

Responding to questions on whether India was planning to send supplies of Covid-19 vaccines to Bangladesh in August, Bagchi said that for the moment the country’s priority is to use ‘Made in India’ vaccines for its own vaccination programme that received a boost with the new phase of vaccination that was launched on June 21.

Foreign Minister S Jaishankar will travel to Greece and Italy this week, said the spokesperson. In Greece he will hold bilateral meetings with his Greek counterpart and some other engagements are also lined up, while in Italy he will represent India at the G-7 meeting of Foreign Ministers and Development Ministers.

On the situation in Afghanistan, Bagchi said that India supported all peace initiatives and had a long- term commitment towards development and reconstruction of Afghanistan. “In this context, we remain in touch with various stakeholders, including regional countries,” he said.

The External Affairs Minister already put forward India’s concern at the upsurge in violence in Afghanistan and its vision for the future at the recent UN Security Council debate, Bagchi added.