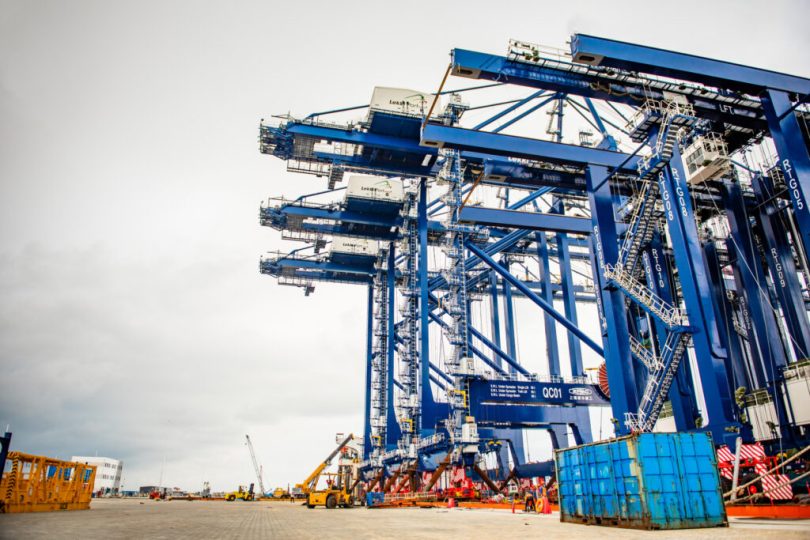 The managing authority at Lekki Deep Sea Port has announced that the new deep sea port is 95.56 per cent complete, as construction works are slated to be concluded by September.

Dredging and reclamation work is 98.43 per cent done, while work on the quay wall is 96.07 per cent finished, according to the authority.

On 1 July, Lekki Port took delivery three Super Post Panamax Ships to Shore (STS) cranes and 10 Rubber Tyred Gantries (RTGs) ahead of the commencement of port operations – set to begin by the end of the year.

The container terminal will be equipped with a 1,200-metre-long quay as well as 13 quay cranes and will have a capacity of 2.5 million TEU.

The Lekki Deep Sea Port is being constructed by China Harbour Engineering Company Ltd. (CHEC) and it will become the first of its kind in Nigeria upon completion.

The $1.6 billion project was announced as part of the Nigerian federal government’s wider plan to develop six new deep sea ports in the south-west and south-south areas of Africa, to be carried out via public-private-partnerships.

Government data shows that its strategic location provides Lekki Port a distinct competitive edge over any other port facility in the West African region.

In a recent statement, Lai Mohammed, Minister of Information and Culture, said Lekki Deep Sea Port is expected to attract total revenues of $201 billion to the state and federal government through taxes, royalties and duties.