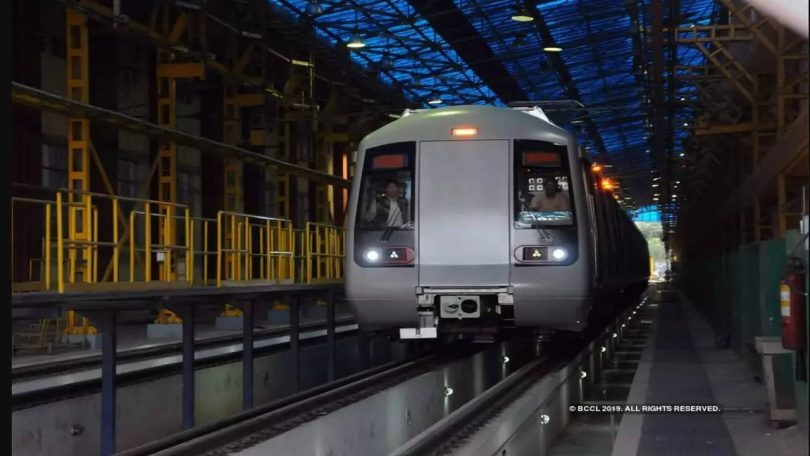 New Delhi: Travelling by the metro is an integral part of the lives of Delhiites, but what accompanies them onboard the train are issues like call drops and poor mobile connectivity. However, metro commuters might soon get some relief as Delhi Metro Rail Corporation (DMRC) is working to address the problem.

DMRC, as part of an exercise to enhance mobile connectivity across its network, has identified 20 locations across elevated sections of different corridors to install mobile towers. The metro body is already working to upgrade telecommunication equipment at 29 underground stations.

Apart from these locations, the corporation will also establish mobile towers at train depots at Shastri Park, Kalindi Kunj, Najafgarh and Badli, and at two locations inside Yamuna Bank Depot. Most of the spaces, measuring around 8 square metre on average, are either at parking lots or entry gates, apart from in ancillary buildings.

Not just commuters, but the move will also prove to be beneficial for DMRC to augment its non-fare revenue, according to sources quoted by ToI.

Meanwhile, the metro body’s telecommunication equipment upgrade work at 29 underground stations of three different corridors is being done by licensing space for “in-building solutions” to offer cellular coverage at these stations.

Majority of these underground stations are part of DMRC’ busiest corridor, Yellow Line (Samaypur Badli-HUDA City Centre), and includes Kashmere Gate, only interchange point of the network connecting three corridors, which will get a mobile tower to better connectivity at the Red Line (Rithala-Shaheed Sthal New Bus Adda) station as well.

The underground sections of these corridors are being upgraded in collaboration with Telecommunications Consultants India Limited (TCIL), an engineering and consultancy company under Government of India. DMRC and TCIL’s technical team has been laying cables and installing equipment at stations and tunnels etc.