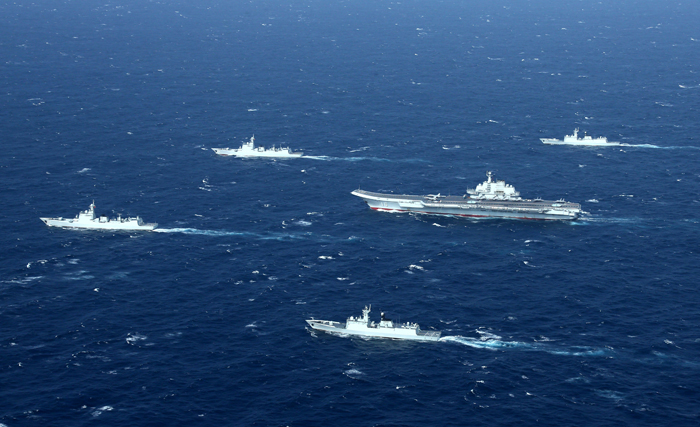 The Philippines and China have had “initial and general discussions” on the possibility of joint oil and gas exploration in the West Philippine Sea, but there are “no working-level talks” yet, the Department of Foreign Affairs disclosed Monday.

In a statement, the DFA said the discussions were made during the visits of State Councilor and Foreign Minister Wang Yi and International Department Central Committee of the Communist Party of China (IDCPC) Minister Liu Jianchao in the country in July and August, respectively.

But the DFA clarified the discussions did not go beyond initial talks.

Malacañang did not make a stand on the matter but said it will study the matter.

Foreign Affairs Secretary Enrique Manalo even said the Philippine government is open to restarting talks with China about joint oil and gas exploration “so long as discussions fall within the limits stipulated in the 1987 Constitution of the Republic of the Philippines.”

In case new talks regarding the matter are pursued, the DFA said it will approach it “with our national interest in mind.”

“We wish to build on the gains that have been reached in principle by our predecessors under a new, mutually-agreeable framework. As in all negotiations with our bilateral partners, the Philippines approaches these matters with our national interest in mind, as embodied in the Philippine Constitution. All our endeavors on this issue will respect international law, including the 1982 United Nations Convention on the Law of the Sea, and the 2016 Arbitration Award,” the DFA statement said. Rey E. Requejo

While this matter only comprises one aspect of the two nations’ relations, the DFA said exploring all avenues of cooperation that would be beneficial to both nations is important.

“In general, our relations with China are important and we explore all avenues of cooperation that could be mutually beneficial for both our countries. This matter only comprises one aspect of Philippines-China relations; as such, the Department will continue to coordinate with the concerned national agencies and our Chinese counterparts on developing our relations,” the DFA added.

The joint exploration talks were carried out for three years but the country’s objective to develop oil and gas resources has not been achieved despite both sides trying to “go as far as we could,” then Foreign Affairs Secretary Teodoro Locsin Jr. said.

Before ending his term, former President Rodrigo Duterte ordered the termination of oil and gas discussions with China in the West Philippine Sea.