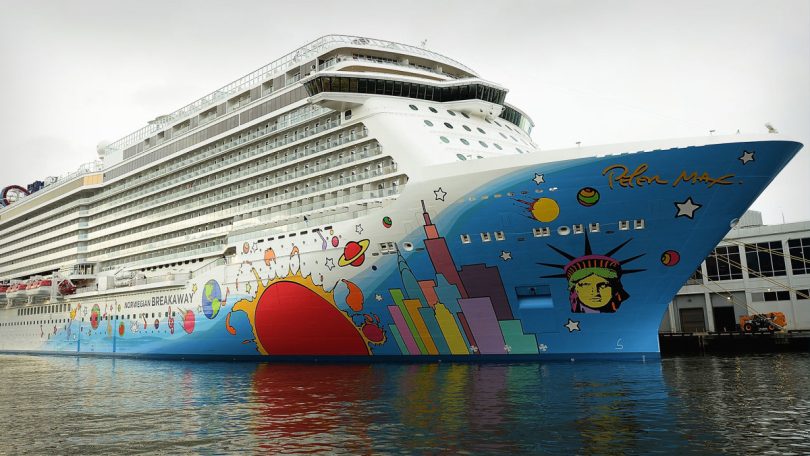 Cruise ports and private island destinations keep growing in importance as cruise ships themselves become as important, if not more important than where the ships are going.

Since ships need to stop somewhere (that’s literally the law for cruises leaving from ports in the United States) Royal Caribbean International (RCL) , Carnival Cruise Lines (CCL) , and Norwegian Cruise Line (NCLH) need ports that can both accommodate their biggest ships and be a destination that passengers like seeing on the itinerary.

Because of that Royal Caribbean has spent millions of dollars developing its CocoCay private island and why it’s building a private-island-like destination on Paradise Island in Nassau. Carnival has recently followed that trend with its own massive port project in Grand Bahama.

Basically, the biggest cruise ships can only stop in certain ports and most of those are not highly-desirable locations so the cruise lines have created their own alternatives. Because of that you would think that in every situation, cruise lines would hold onto land they own in desirable ports, so they can build a company-owned destination.

Norwegian, however, has done something entirely different with a piece of land it owns in one of the most-popular cruise destinations you can sail to from North America.

Norwegian Clears the Way for a New Alaska Cruise Port

Instead of building out a cruise port on a piece of land it owns in Juneau, Alaska, Norwegian has actually turned the property to a native-owned business.

The cruise line “is donating its undeveloped waterfront property in Juneau, Alaska to the native-owned Huna Totem Corp., a long-standing partner and a local leader in Alaska’s tourism development,” the company shared in a press release.

Unlike Caribbean cruises, where some of the port stops offer little more than shops, restaurants, and beaches, Alaskan cruises are about seeing the unique terrain. That makes the cruise ports a sort of gateway to the destination, not the destination itself.

Huna Totem will work with other Alaska-native companies to “develop a new pier and related infrastructure on this parcel and is expecting to submit plans for the year-round facility before the end of the year.”

Norwegian will be gaining something from giving away the land as the company will get preferential berthing rights at the pier once development is complete.

“The project is expected to bring significant benefits to every aspect of the local and visitor experience by eliminating tendering operations, improving traffic flow, and welcoming visitors to a purpose-built facility,” Norwegian shared. “Locally owned and operated, the future waterfront complex will boost the economy by increasing tourism revenue and creating employment opportunities year-round.”

Norwegian Has Owned the Site Since 2019

While Norwegian will essentially have first dibs on the site, Carnival and Royal Caribbean will be able to dock their if they can make agreements with the new owners. Norwegian bought the site in 2019 after a competitive bidding process. The company had been discussing how to best use the land with local stakeholders.

“Ensuring this project is fully integrated into the local community is incredibly important to us, and as we began planning its development, it became abundantly clear that Huna Totem, owned entirely by native Alaskans, was the right stakeholder to lead this effort,” said Norwegian General Counsel Dan Farkas. “Alaska is an incredibly popular, fast-growing destination, and this partnership will provide the dual benefit of driving positive, sustainable economic impact to the region while also ensuring that the development of the land is done in a way that is respectful and representative of the rich history and culture of this community.”