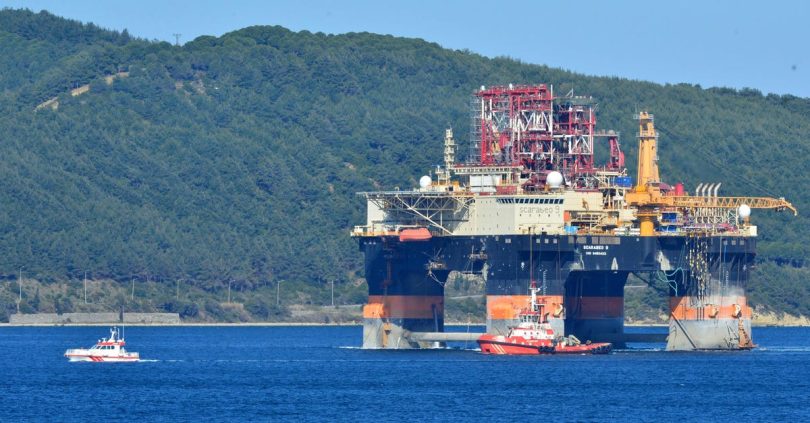 The pandemic of 2020-2021, the recovery in 2021, and the Russian war on Ukraine in 2022, have destabilized the oil and gas industry tremendously. Out of this chaos, what will 2023 bring? One thoughtful answer has been given by Shauna Noonan of Occidental. The answer is comforting to the industry but distressing to proponents of climate change.

These predictions were offered by Shauna Noonan, Fellow and Senior Director International and Gulf of Mexico Supply Chain Management, Occidental Petroleum in a webinar conducted weekly by NSI.

One prediction was for prices of oil and gas in 2023. A second was for global CapEx (long-term capital spending by oil and gas industry).

A third prediction was global energy demand by fuel type that includes projections through 2045. This shows how much fossil energies are declining relative to renewables, and has a couple surprises.

Price of oil and gas predictions for 2023.

The price of oil will remain high (Figure 1), reflecting strong demand worldwide. This is despite an exponential rise in electric vehicles (EVs) globally that will mean less gasoline transportation, which is the primary sink for crude oil. Speaking of gasoline — its price will have dropped by about 12% from 2022 averages which will be welcome news for US drivers.

Natural gas, in its gaseous form, will have dropped to $5.43/MMBtu but will still linger above the long-term average for the past decade.

On the other hand, LNG (liquefied natural gas) exports will shoot up 16% to 12.3 Bcf (billion cubic feet per day). This is in response to strong demand from Europe via the war in Ukraine, but also demand from Southeast Asia.

US crude production will rise to a record 12.3 MMbpd (million barrels per day) which would surpass the previous high in 2019, according to EIA.

Climate scientists such as those in the IPCC who speak for the UN will decry this situation, as their position has been the world needs to stop producing fossil energy soon, or at least stop increasing global production of oil. Their position is based on the fact that oil and gas provide about 50% of the world’s greenhouse gas (GHG) emissions, which cause global warming.

Greenfield investments, particularly by multinational companies, are one type of foreign venture in which a company may construct its own brand new facilities from scratch. On the other hand, brownfield investments occur when a company leases or purchases an existing facility.

Despite the word “conventional” in the title of Figure 2, the data does include shale plays such as the Permian basin in the US.

The chart in Figure 2 was attributed to Rystad Energy. First, 2023 looks like a rebound year (Figure 2), because total spending exceeds that in 2019, the previous high. What’s surprising is that offshore CapEx (double blue) beats out onshore CapEx (green).

Onshore spending remains below that in 2019 when the shale revolution was in full swing in the US. One explanation is the deliberate slowing of US shale growth to improve the profit picture for shareholders and investors. Another reason is the declines of offshore oil and gas wells are slower than onshore shale projects.

The hefty boost in offshore spending in 2023 will be driven by Southeast Asia enterprises, and one such region is Vietnam. Another boost is forecast for the Middle East. Chevron, as one example, will direct 25% of their budget to offshore assets in 2023. All of this suggests that in the US international spending will take precedence over domestic spending for 2023.

What comes over clearly is that long-term investment in new oil and gas enterprises is alive and well.

Let’s look at the overall energy prediction, worldwide, from 2021 to 2045. The total of all energies in Figure 3 would increase from 285 to 351 MMboe/d (million barrels of oil-equivalent per day), meaning an increase by 23%.

This would reflect greater energy needs by (1) a growing world population, and (2) greater fraction of a population reaching middle class. But note that this 23% is lower than a 47% increase up to the year 2050 as quoted by SPE (Society of Petroleum Engineers).

Figure 3 contains the crux of a controversy. The oil and gas industry’s essential goal is to preserve profits and jobs. But climate environmentalists are afraid if GHG emissions are not controlled then an over-warming earth will lead to climate catastrophes, and strong action in cutting back emissions is needed — soon. The oil and gas industry is a primary place to start because of its outsized GHG emissions.

At the other bookend, solar, wind, and storage batteries would increase by over 7% per annum.

Nuclear, hydro, and biomass would all increase but by less than 2% per annum. Oil (at 0.5% per annum) and gas (at 1% per annum) are both positive but smaller numbers. While gas consumption would increase steadily from 2021 – 2045, oil would increase a bit then remain flat from 2030 — 2045. There would be no drop-off in oil consumption, as has been put forward by other projections.

The combined fossil fuels (oil, gas, and coal) amount to 70% of total global energy consumption. This is at least 20% more than previous numbers from other reputable prognosticators. And it isn’t much lower than fossil energies’ contribution that is now running close to 80%.