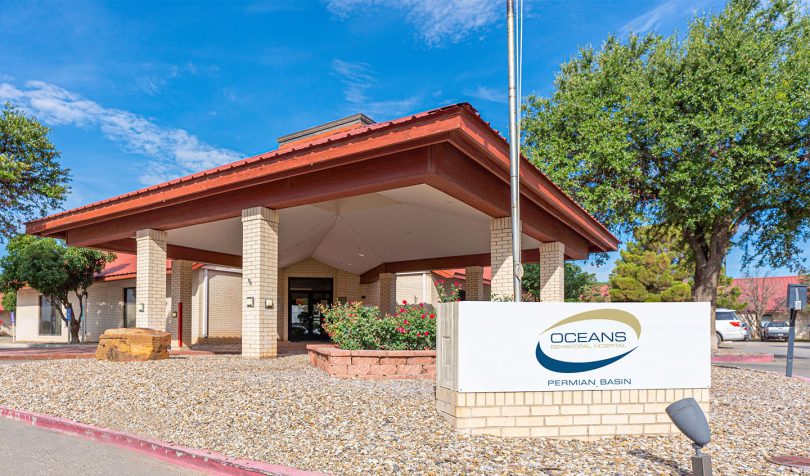 In a state that ranks 50th in the nation for Mental Health access, Plano-based Oceans Healthcare is expanding its presence in the Lone Star State and elsewhere, bucking the trend and growing a business along the way.

The local environment for mental health doesn’t encourage expansion into the state. Texas ranks near the bottom in mental health spending per capita as well. In 2020, the state spent $40.52 per person on mental health services. Meanwhile, more than $117 million was cut from the state’s Health and Human Services Commission in 2021. In a nonprofit advocate Mental Health America report, Texas ranked last in access to mental health care. Access is a measure of health insurance rates, access to treatment, quality and cost of insurance, access to special education, and mental health workforce availability.

While funding has been an issue, access to inpatient beds has been another factor. Dallas is the largest city in the country without a state behavioral health hospital (though that is about to change), and there is still a shortage of mental health beds. In Dallas County jail, WFAA reported that patients who needed treatment in an inpatient mental health setting were, on average, for seven months before getting into a minimum security mental health bed.

Add a pandemic that increased the need for behavioral health services (around one in four people experience significant behavioral health issues at some point in their life) and a resulting worker shortage that has left the healthcare industry struggling to staff up, and the market becomes even more complicated.

But Oceans Healthcare is bullish on the future, doubling its size since 2017. Founded nearly 20 years ago primarily as a geriatric behavioral services provider, the system now treats all ages and has 33 locations between West Texas and Mississippi. That includes 23 inpatient hospital campuses and 20 intensive outpatient programs. In 2021, the system treated 21,000 patients.

Oceans CEO Stuart Archer began his healthcare career by supplementing his football coaching career with a second job as a nurse’s aide in a long-term acute care hospital. The company focuses on rural settings and establishing a presence where no other mental health providers exist. In over half of the system’s communities, it is the only mental health provider, and nearly every location is in a medically underserved area. The hospital works with all payers as well.

“It’s been a space that has been woefully neglected, under-resourced, and under-appreciated for decades,” Archer says.

Oceans growth has consisted of a balance between developing new facilities from the ground up, joint ventures (such as its partnership with Louisiana State University Medical Center), and acquiring underperforming facilities. ‘We’re very excited about our joint venture. LSU Ochsner Hospital in Shreveport,” Archer says. “We’re partnered with those two leading institutions in that community, tripling inpatient and outpatient services capacity.”

In many of these communities, the emergency room becomes the de facto mental health center, as there are often very few options. The ER is not only more costly but also not a very good place to treat mental health issues. Oceans is working with hospitals to be able to divert patients to its facilities without a referral from the hospital emergency room.

The expansion, aided by a recent capital infusion from Webster Equity Partners, has not always been easy. Telemedicine has become an attractive option for therapists, and the physician and nursing shortage has added challenges to recruiting staff during expansion. The lack of state funding for mental health and limits on the amount of time spent in a mental health facility are other difficulties with costly downstream impacts.

The system is poised for more growth in Texas and elsewhere. With the gap between urban and rural healthcare growing, organizations that target rural mental health are in need now more than ever. Others are taking notice. The Texas Hospital Association recognized Oceans’ work in Abilene screening for depression among patients and demonstrating its effectiveness in improving conditions.

While strategic decisions have been a significant factor in Oceans’ continued expansion, Archer attributes the success to the quality of the staff during difficult times. “We have persevered and thrived, and the biggest single factor in our success has been our caregivers and our employees on the frontline,” he says. “For the people who work in behavioral health at any level, it has to be more than just a job. It’s a calling.”

Will is the managing editor for D CEO magazine and the editor of D CEO Healthcare. He’s written about healthcare…