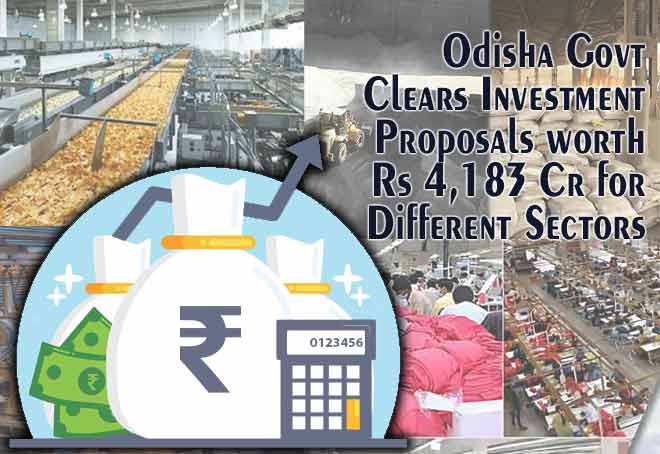 As per reports, the state government is expecting to generate employment opportunities for nearly 13,000 people in the state.

Six of the sixteen approved projects are to be set up in the Khordha district, three in Puri, two in Koraput and one each in Cuttack, Bhadrak, Dhamara, Mayurbhanj and Angul districts.

Jindal Panther Cement Pvt Ltd has also received an approval from the committee to set up its cement manufacturing unit in Angul at an investment of Rs 955 crore.

Varun Beverages Limited have also received a green signal for setting up a food processing unit at the cost of Rs 624.30 crore.

Besides, the state has approved an investment proposal of Rs 516.58 crore on polymers & plastic sector.