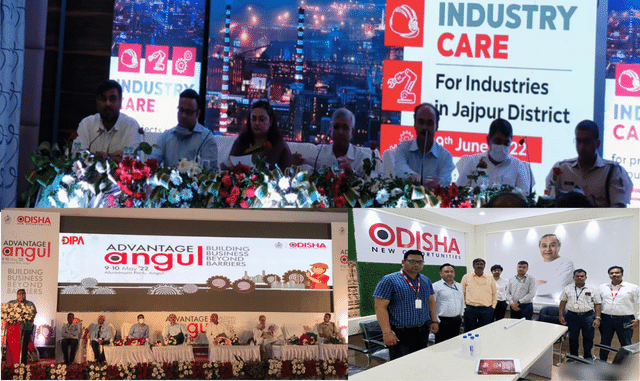 The event was graced by the presence of Smt. Nirmala Sitharaman, Hon’ble Minister of Finance and Corporate Affairs of India, Shri Piyush Goyal, Hon’ble Minister of Commerce and Industry, Consumer Affairs, Food and Public Distribution, and Textiles and senior officials from the DPIIT.

According to the report, Odisha has been categorized amongst the 6 “Achiever” states with a score of more than 80% in the user-feedback methodology adopted by DPIIT, along with industrially developed states like Maharashtra and UP. Odisha has shown remarkable progress in the current cycle moving from28thrank in the previous version of BRAP evaluation, to being among the “Achiever” states in the country by implementing over 90% of the reforms suggested by DPIIT.

BRAP 2020 was the fifth edition of the reform exercise. It had 301 reforms spread over 15 reform themes and over 40 reform areas, which drove transformation in digitalization, transparency, and investor confidence in the country. Some of the major reforms carried out in the cycle by the state included setting up the new PAR-e-SHRAM portal, a one-stop-solution for all services being provided by Labour and ESI Department as well as integration of the same with the GO-SWIFT portal, auto-renewal through online payment and elimination of renewal of 8 B2G services, digitization of land records, online systems for drug licenses, environmental clearances, digitization of excise services, etc.

Having learnt our lessons from the set-back received in the BRAP 2019 cycle, the government took several initiatives to create awareness about the services offered by the various departments. A major reform undertaken has been the Industry Care field visits by Senior Government of Odisha officials in order to interact with MSMEs as well as large industries looking to seek resolution for their grievances. In the last two years,  7 Industry care field visits have been taken up covering 18 districts where over 340 issues from over 140 major industries as well as 100+ issues from around 80 MSMEs were discussed, and resolution was fast-tracked. Further, District Investment Promotion Agencies (DIPA) were constituted at 10 districts to provide investment facilitation and aftercare services at the district level. IPICOL, the state’s investment promotion and facilitation agency upgraded its Single Window System GO SWIFT with best-in-class features like unified payment system with trickle feed mechanism, single application for all G2B services, online document archival facility, online grievance redressal mechanism and  integration with the National Single Window System (NSWS).

The services provided through GO SWIFT have been increased from 15 departments – 34 services to 18 departments – 54 services. Also, the average time taken to approve projects in the state has reduces to less than 20 days.  Due to these reforms, GO SWIFT has received 1384large and MSME applications with a potential investment of around INR 5 lakh crores in the last 2 years.

Further, along with the reforms being carried out under the EODB BRAP exercise, the Government of Odisha has also undertaken major reforms to minimize burdensome regulatory compliances and it has also brought in over 400 services under the Odisha Right to Public Services Act 2012 so as to ensure time-bound delivery of G2B and G2C Services.

Consistent implementation of reforms over the last few years has enabled Odisha in attracting broad-based investments in multiple sectors including petrochemicals, chemicals & plastics, textiles & apparel, food processing, tourism, IT & ITeS, ESDM, etc. The Government of Odisha strives to further improve the Ease of Doing Business environment and create a robust business-friendly industrial ecosystem in the state to attract more investments.