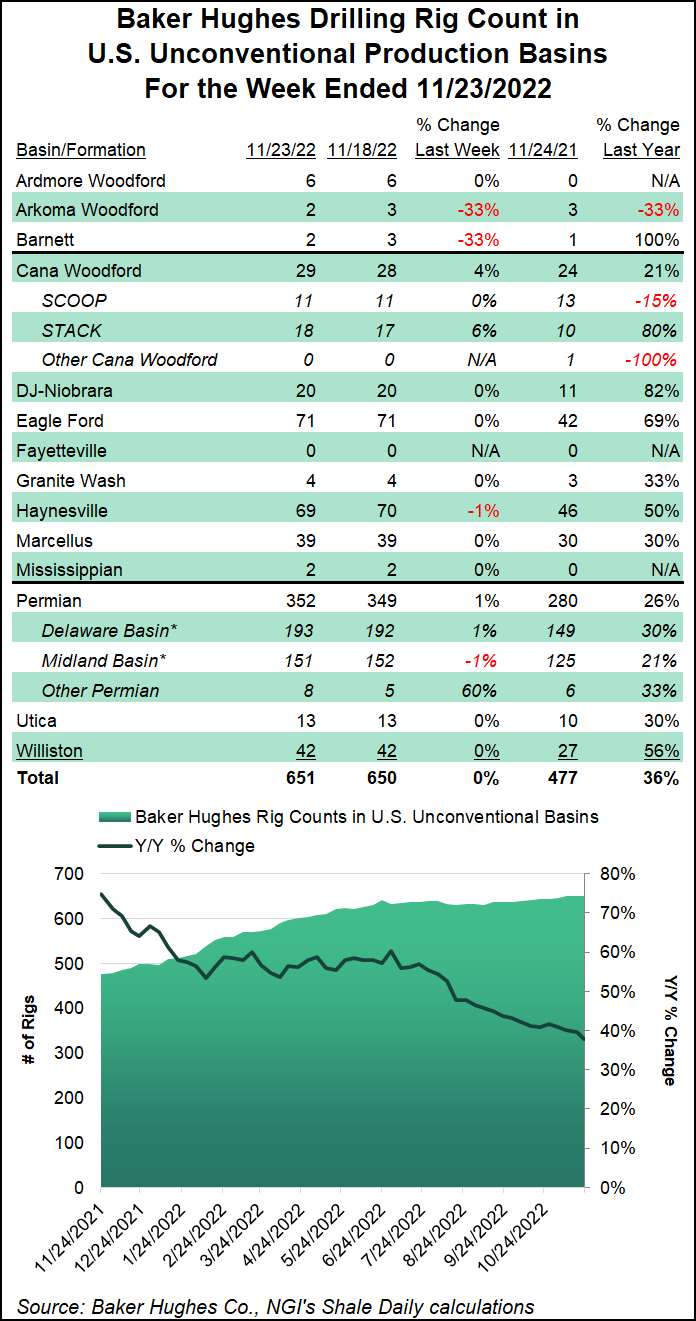 Four oil-directed rigs were added in the United States for the period, partially offset by a two-rig decrease in natural gas-directed rigs. Land drilling increased by two rigs, while the Gulf of Mexico held steady at 16 rigs for the week. Two directional rigs were added domestically, with total horizontal and vertical rigs unchanged.

The combined 784 active U.S. rigs as of Wednesday compares with 569 rigs running in the year-earlier period, according to the BKR numbers, which are partly based on data from Enverus.

Canada’s rig count, meanwhile, fell seven units for the period to 194, including declines of six oil-directed rigs and one natural gas-directed unit. The Canadian count finished the period up 23 units from its year-earlier total of 171.

Counting by major drilling region, the Permian Basin added three rigs overall for the period, raising its total to 352. Elsewhere among plays, the Cana Woodford added one rig, while the Arkoma Woodford, Barnett Shale and Haynesville Shale each posted one-rig declines, the BKR data show.

In the state-by-state count, New Mexico added two rigs for the period, while California, Louisiana and Oklahoma each added one rig to their respective totals. On the other side of the ledger, Texas posted a three-rig decline, dropping its total to 372 from 273 in the year-earlier period, according to BKR.

Oil and natural gas permitting in the Lower 48 slowed down sequentially in October, although the monthly permit count was up on both a year/year basis and when compared to pre-Covid October 2019 numbers, Evercore ISI data show.