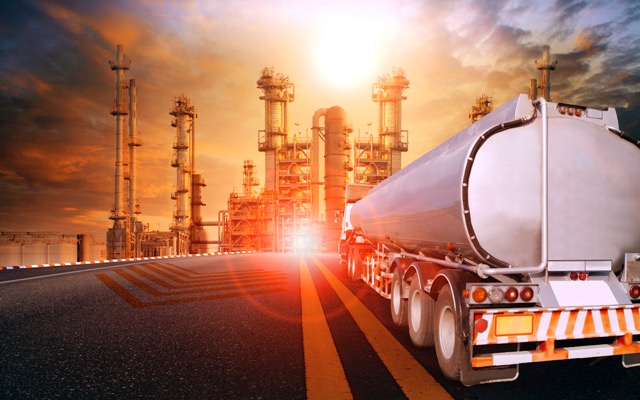 Oil and gas are in for a rough ride next week when a United Nations climate change convention COP27 kicks off in Egypt, but it is unlikely that a burst of bad publicity will affect their investment appeal.

The gap between what’s said at events such as the upcoming COP27 conference in the resort of Sharm El Sheik, and what’s happening on commodity and financial markets is as wide as ever, and perhaps wider.

A simple test is to look at market moves after COP26, the last big climate conference in Scotland 12-months ago, where oil and gas were derided as global enemy number-one complete with cameo performances by anti-oil crusaders such as iron ore billionaire, Andrew Forrest, who had a fleet of London taxis painted green to promote his favourite fuel, hydrogen.

Since the Glasgow gathering the price of oil has risen by 16% and the price of gas has doubled, sparking a worldwide burst of investor interest in oil and gas stocks, which have rocketed past other sectors in a return described as “the old economy” fighting back.

The best examples of the fight-back are a 55% rise in the share price of Woodside Energy (ASX: WDS), a 47% price increase by Shell and 72% rise by Exxon Mobil.

Compared with other sectors oil and gas has been the star since this time last year.

Russia’s war in Ukraine is a factor in what’s driving oil and gas, but the major influence is a classic case of strong demand overpowering weakening supply, which will continue to decline thanks to a falling levels of exploration spending and project development.

No amount of talking at the 12-days of COP27 will change the market realities but it will probably embolden governments to hit the oil and gas industry with punitive taxes on what are seen as windfall gains from the war in Ukraine.

The irony of increased taxes on oil and gas is that they will simply compound the problem of a supply shortfall by further drying up investment without any assurance that demand will decline.

Higher taxes on oil and gas will also flow directly into inflation which governments are trying to stamp out with higher interest rates – a doom loop (or vicious circle) if ever there was.

There is nothing easy about the overall energy challenge of how to best provide power for industry and households, and while everyone wants a world running on low-carbon renewables such as wind and solar it will be a long time before that objective is reached.

One recent research paper which will attract a lot of comments at Sharm El Sheikh is from the International Energy Agency which reckons the Ukraine war will bring forward the time of peak fossil fuel consumption to 2030.

The glitch in that prediction is the need for massive investment in clean energy which the IEA says needs to be running at US$2 trillion a year, and preferably as much as US$4 trillion a year, not an easy financing target as the world limps towards a period of slower growth and perhaps a recession.

Consumers, as Australian households are discovering with the threatened 56% increase in energy costs revealed in last week’s budget, will bear the brunt of the cost to shift the economy off fossil fuels onto renewables.

Another issue which is not getting much airtime is that the company’s best positioned to meet future energy requirements, especially if hydrogen proves itself, are the same as those already in the oil and gas industry because they have the knowledge and capacity to handle liquid fuels.

If there is a clear message for investors it is that oil and gas companies are following the same trajectory as tobacco stocks of three decades ago, vilified but financially successful. British American Tobacco, for example, has seen its shares rise by 35% over the past 12-months. Alphabet, Google’s parent, is down 37%.

Tobacco and fossil fuels are not directly comparable because smoking is a personal choice whereas fossil fuels are an essential part of the economy – until they can be replaced by another energy source which can do the same job.

Two recent reports published in the US mounted strong cases for maintaining, if not growing, exposure to all forms of energy whether today’s fossil fuels or tomorrow’s renewables, especially as the two are branches of the same industry.

The Wall Street Journal newspaper carried an opinion column by two fund managers, Vivek Ramaswamy and David Sokol, headlined “Why we’re bullish on energy stocks,” with the key point being that the sector is an inflation hedge with growth potential which should outperform as capital rotates out of the technology sector.

Prolific newsletter publisher John Mauldin picked up that theme in his latest report which pointed out that overall energy consumption had grown by 3% a year for the last 56 years, with some countries growing a lot faster.

If that pace of consumption continues, the critical question will become “where is the energy coming from?”

Delegates to COP27 will undoubtedly point to the growth of renewables, probably skipping lightly over the developing shortfall in critical and energy metals such as copper, nickel, and lithium.

Far more talking time at the climate conference will be dedicated to criticism of the existing energy mix with its heavy reliance on fossil fuels without offering a viable replacement solution.

Mauldin, an economist by training, noted that overall energy supply is increasingly under pressure.

“When demand increases and supply is under pressure that is typically resolved by either more production or higher prices. We will likely have both,” he said.

“There are many people, especially in government and institutions, who think we can easily transition to a zero carbon renewable energy future. They seem to think we can do this by 2030 or by the latest by 2035.”

“Given the current plans to transition to solar and wind, this is simply not possible.”

It is ironic but the best investment in low-carbon energy such as hydrogen might be in today’s high carbon energy producers because they have the infrastructure and know-how to be tomorrow’s low-carbon energy leaders – just don’t expect it to happen overnight.