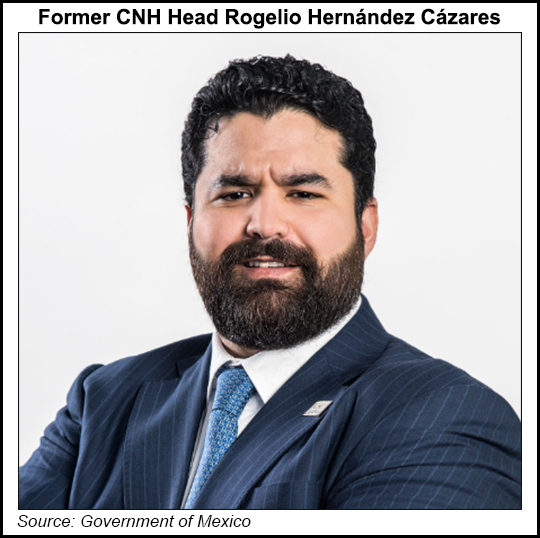 Former head Rogelio Hernández’s resignation was made public last week, meaning the CNH now has three active members. By law, the CNH requires four commissioners for duties to be carried out.

Hernández was the only member of the CNH to be appointed since President Andrés Manuel Lopez Obrador came to power in late 2018. His quitting after two years on the job comes as an abrupt change to the institution that once boasted seven commissioners.

The Mexican government has delivered a short list of replacements for the position to the nation’s Senate. These include state oil firm Petróleos Mexicanos (Pemex) professionals Agustín Díaz Lastra and Romeo Antonio Rojas Figueroa and José Sánchez Pérez, who heads the railway project planned across the Isthmus of Tehuantepec.

AMEXHI, which represents over 30 upstream firms, underlined the “importance of guaranteeing the regulatory continuity of the hydrocarbons sector.” They stressed the need to maintain “the technical and impartial profile of the commision.”

Previously, CNH was in charge of oil and gas bid rounds, which were scrapped by the López Obrador government. The regulatory body now oversees all exploration and production (E&P) activities in the hydrocarbon sector, including ensuring assignments and contracts are carried out according to the law.

The oil and gas association urged the Senate to “carry out the analysis of the suitability of the candidates efficiently and promptly so that its activities can resume without major setbacks.”

The resignation “is an opportunity to appoint someone with a profile more akin to the government’s concept of the role of what a regulator should do,” energy expert Arturo Carranza told NGI’s Mexico GPI. “An analysis of the list proposed by the government shows that the three candidates proposed will be more ‘manageable’ and will have less autonomy than what we saw with Rogelio Hernández,” he said.

Carranza added that the speed with which the list was presented “is an unequivocal sign of the importance the government places on keeping up functionality, albeit minimal, in the CNH. We must not forget that in many cases the government has decided not to renew positions in the regulatory bodies because it considered them unnecessary.”

He cited the example of antitrust authority Comisión Federal de Competencia Económica (Cofece), one of numerous government oversight bodies to see their workforces shrink during the administration.

Hernández’s resignation is being seen as a result of differences between the CNH and Pemex over field assignments. A dispute over plans for the deepwater Lakach field has been mentioned in local press. Hernández also presided over the CNH during the dispute over operatorship of the prolific offshore Zama field.

“The truth is that the Ministry of Energy is bothered that officials in the energy sector have exposure in the media,” Carranza said.

In 2020, President López Obrador made it clear that regulators in the energy sector would take on a different role during his administration.

“I maintain that the regulatory organisms created during the neoliberal period should adjust to the new energy and economic policy,” the President said in a memorandum issued in July of 2020, “and that their mission should be to work together with the Energy Ministry, Pemex and Comisión Federal de Electricidad (CFE) to rescue the petroleum and electric power industries of the nation.”

The news comes at a time when private sector oil production in Mexico is on the upswing. In June, it broke through the 100,000 b/d mark for the first time.

More than 100 E&P contracts awarded under the previous regime remain in effect in the country and are regulated through the CNH.