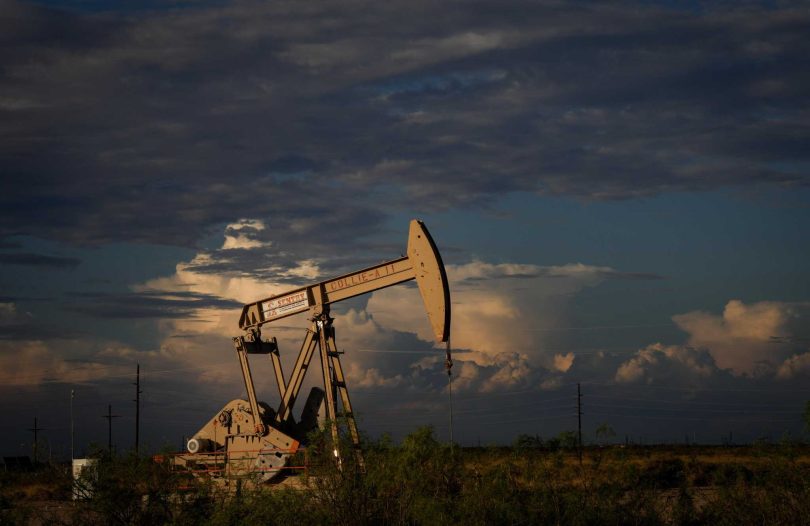 The oil and gas industry, riding the highest prices in nearly a decade, has its swagger back – again the indispensable player in a world desperate for energy. After years on the defensive as a fading industry that could no longer deliver for shareholders, the oil and gas sector is capitalizing on its advantage, showering investors with returns, pressing its policy agenda in Washington, and rebuffing the entreaties of President Joe Biden to significantly increase production to ease high prices.

But, analysts say, oil companies should enjoy the moment. As executives bask in the glow of short-term profits – much of them driven by Russia’s war against Ukraine – the industry faces the same long-term challenges that have threatened its future in recent years. Despite generating some $1.4 trillion in free cash this year, companies have invested precious little of it to position themselves for the ongoing transition in which fossil fuels play a smaller and smaller role in the world’s energy mix.

Oil companies may have little choice but to favor the short term as they try to win over and hold skeptical investors with generous payouts. But the strategy has long-term implications for Houston, where the future may well depend on whether the region’s critical energy industry can make the transition to a low-carbon environment. Despite eye-popping profits, analysts said, U.S. oil and gas companies have done little to develop or invest in a sustainable, long-term business strategy.

“They didn’t have one before Ukraine,” said Tom Sanzillo, director of the Cleveland-based nonprofit Institute for Energy Economics and Financial Analysis, which advocates for a sustainable energy industry. “And unless we expect these kinds of geopolitical manipulations to continue – whether it’s a war or something else after it that makes for artificially high prices – I don’t know that they have anything but a short-term gain here.”

Short term gains, indeed. For the third quarter, Houston independent oil company ConocoPhillips reported that profits surged 90 percent from a year earlier to $4.5 billion. Exxon Mobil had its best quarter ever – earning nearly $20 billion in three months – and said it distributed $8.2 billion to shareholders while spending $5.7 billion on long-term investments. Bloomberg data shows this year Exxon, Chevron, Shell, and French energy major TotalEnergies will distribute about $100 billion in profits to shareholders while only reinvesting $80 billion back into their core businesses.

But as companies race to pay shareholders, analysts said, the firms are left with little flexibility to steer investments elsewhere.

“They have committed to this new financial model,” said Bill Gilmer, Director of the Institute for Regional Forecasting at the University of Houston. “And this new financial model says, we (companies) are going to have to maintain pristine balance sheets. And we’re going to have to, from this point forward, reward investors by diverting 30 to 40 percent of all of our free cash flows to dividends.”

It wasn’t always this way, Gilmer said. In the past, investors were attracted to oil companies because of the prospect of long-term growth. While oil companies provided shareholder returns, they also were expected to reinvest profits to grow the business.

The high costs of shale drilling – producers need oil at $65 a barrel to break even, according to Gilmer – limited profits. And when a global oil glut sent prices crashing from more than $100 a barrel in 2014 to less than $30 in early 2016, losses mounted. From 2015 through 2021, more than 600 energy companies, carrying more than $320 billion in debt, filed for bankruptcy, according to the Dallas-based law firm Haynes and Boone.

As prices stayed low through the rest of the decade fewer investors were willing to send money to the oil patch. In 2014, the energy sector was valued at just over 10 percent of the S&P 500. By 2020, when the pandemic drove the second major oil bust in five years, energy accounted for less than 3 percent of the S&P’s value.

This recent history has all but forced oil companies to focus on short-term profits and deliver them to shareholders as crude prices this year reached their highest levels in more than a decade. The strategy, however, is shaped by the future as well as the past.

Climate change and policies to address it have created uncertainty about the industry’s future and more hurdles for investors. With some projections estimating that oil demand could peak as soon as the end of the decade, investors have grown skeptical of the prospects for fossil fuels. Even with the recent surge in profits and stock values, energy still accounts for only 4.5 percent of the value of the S&P 500, less than half of the industry’s share in 2014 and a far cry from the 28 percent in the 1980s.

That leaves oil companies with little choice but to keep investors happy in the short-term.

What this focus on short-term profits means for Houston is less growth, said Gilmer. Despite high oil prices, local employment in the upstream oil and gas industry has fallen by more than one-third since 2014 to 157,000 from 240,000.

The jobs aren’t returning because high oil prices no longer mean the industry drills more oil, Gilmer said. It’s not financing, environmental activists or government regulations stopping oil companies – it’s investor pressure. Investors would rather companies stick to production schedules and rake in the cash instead of increasing output, which could lower consumer costs and add jobs, but eats into investor payouts.

As the industry follows this path, said Gilmer, it will become a drag on the local economy, which normally grows around 2 percent a year. Over the next few years, Gilmer expects growth to slow to about 1.6 percent due to changes in the energy sector.

At the same time, fossil fuel alternatives are becoming more affordable and attractive to investors, and the transition to cleaner energy may come faster than previously expected. In 2021, global investment in low-carbon technologies reached $755 billion, a nearly 27 percent increase from $595 billion in 2020, and nearly triple the $264 billion spent in 2011, according to Bloomberg data.

The International Energy Agency, an intergovernmental energy research organization, estimates that 13 percent of all new cars sold this year will be electric, up from 9 percent in 2021. The IEA reports the share of renewables in global electricity generation reached 28.7 percent in 2021, up from 19.8 percent in 2010. Government policies such as the recently passed Inflation Reduction Act, which includes billions in incentives for clean energy, are helping speed the transition.

Todd Staples, president of the industry group Texas Oil & Gas Association, rejected analyst claims that the industry is focused on short-term gains at the expense of a sustainable long-term strategy. He called such assessments “misguided” and blamed political rhetoric about climate change and phasing out fossil fuels as hurtful to investment and growth in the industry.

Most publicly traded oil and gas companies have committed to lowering emissions and developing technology to aid the energy transition. Nearly every company, however, expects to increase oil and gas production in coming years. Last year the industry invested around $10 billion in clean energy, according to the IEA, representing less than 4 percent of capital investments. IEA expects it to grow to 5 percent this year.

Hugh Daigle, associate professor in the petroleum and geosystems engineering department at the University of Texas at Austin, said some oil companies will try to branch into new forms of energy, and some will go all-in on producing the oil and gas the world is expected to use even as economies shift to clean energy.

For example, European companies like BP are moving into renewable technologies. U.S. public companies mostly prefer sticking with fossil fuels while investing in technologies such as carbon capture, which removes carbon dioxide from industrial emissions or the atmosphere. Private companies mostly remain focused on oil and gas production.

“It’s not a zero sum game, I don’t think one path is going to win out over the other,” Daigle said. “The industry is at an interesting point where there’s multiple paths forward – and the reason for that is because of the energy transition and the diversification of energy sources.”

Sanzillo is not as sanguine. He said the industry’s focus on short-term profits to the neglect of long-term investment reflects a sector that recognizes its prospects are declining.

“Russia and the other countries and the oil companies know their days are numbered,” he said. “And the way you get money now is to squeeze every last nickel you can get out of the barrel of oil. That’s what’s going on here.”