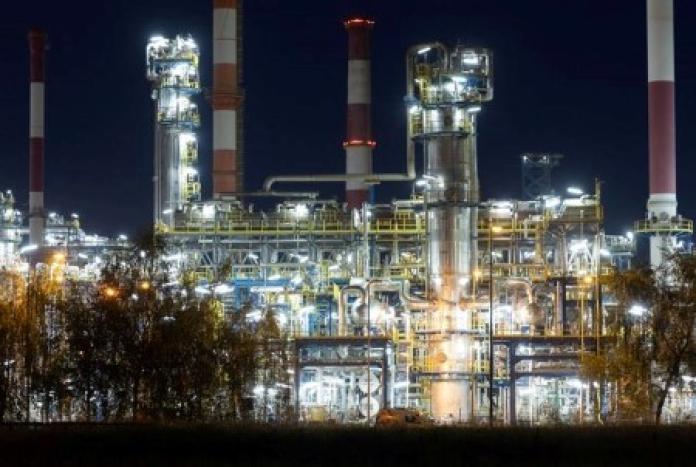 LONDON – After more than a year of pressure from the United States and other top oil consuming countries, OPEC+ finally agreed to accelerate oil supply increases last week to tame runaway fuel prices and slow inflation.

But that will leave producers with very little spare capacity, and almost no room to compensate for a major supply outage.

Tight spare capacity is likely to keep oil prices volatile and sensitive to any disruptions in output, such as a big hit from a hurricane to Gulf of Mexico production during the Atlantic storm season, or a further fall in exports from sanctions-hit Russia.

The most conservative estimates forecast OPEC’s spare capacity dropping to below 1 million barrels per day (bpd) later this year, representing about 1% of global demand and barely one twentieth of U.S. demand.

Only a handful of OPEC producers, namely Saudi Arabia and the United Arab Emirates, have any meaningful spare capacity.

Consultancy Energy Aspects sees spare capacity within OPEC+ – a group comprising OPEC and allies led by Russia – at 1% of global demand of 102 million bpd by year-end, its lowest level since at least 2012 when it began its assessments.

Barclays says dwindling spare capacity will be a key driver for heightened volatility in the oil market.

“Saudi Arabia will be producing (about) 11 million bpd by the end of summer, and real spare capacity globally which can be brought online fairly quickly will be standing at just 1.5% of global demand,” the bank said.

“Saudi Arabia will be producing (about) 11 million bpd by the end of summer, and real spare capacity globally which can be brought online fairly quickly will be standing at just 1.5% of global demand,” the bank said.

Saudi Arabia says it can produce about 12 million bpd, but this level has never been tested. The kingdom has never previously pumped at the 11 million bpd mark for a sustained period.

On June 2, OPEC+ agreed to speed up steady monthly output increases as it slowly reversed the deep production cuts made at the height of the COVID-19 pandemic. OPEC+ has set itself a target to lift output by 648,000 bpd per month in July and August.

The group is unlikely to pump as much as it is targeting. Many members of the OPEC+ alliance have been grappling for years with capacity constraints due to underinvestment.

Russia is also well below its target as sanctions following its invasion of Ukraine on Feb. 24 make exports difficult.

Russian oil output declined by about 1 million bpd from pre-invasion levels in April, according to the International Energy Agency (IEA), but some analysts forecast that decline to deepen to least 1.5 million bpd later this year due to sanctions.

“Capacity matters much more than OPEC+ monthly baselines, and we are nearing the threshold wherein small temporary supply disruption could cause acute asymmetric price risks to the upside,” MUFG said.

Saudi Aramco is investing heavily in capacity expansion, but it is not expected to be until at least the end of 2026 that it rises to more than 13 million bpd.

The UAE, which has production capacity of just above 4 million bpd, is targeting adding another 1 million bpd by 2030.

Other cushions for the oil markets are also exhibiting tightness. Commercial oil inventories in the developed world are about 300 million barrels below the 5-year average. IEA/M

A coordinated release of oil from strategic reserves by the IEA in recent months may have provided temporary relief and offset the fall of Russian volumes, but those barrels will have to be replenished eventually.

Going forward, some analysts say that a challenge to oil’s bull run could come from consumers using less oil as high prices hit their finances.

“Bullishness for crude prices has hit some exhaustion as the energy market has mostly priced in the EU’s ban on most Russian oil imports, a modest boost by OPEC+, and elevated prices that will surely lead to some demand destruction over the coming months,” OANDA analyst Edward Moya said.