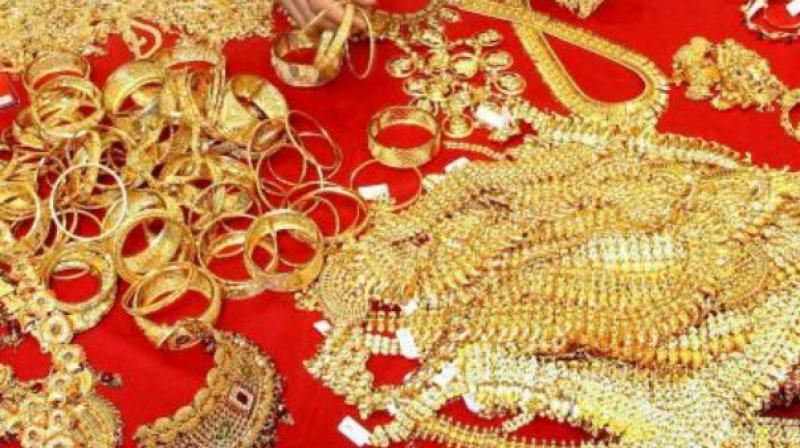 Chennai: In a move that can potentially take the country’s jewellery market towards ‘One India one gold rate’, leading jewellery chains in Kerala have adopted a single gold rate for their stores across the country.

Currently, in each state, the price of gold is fixed by a set of bullion dealers, who arrive at the market rate by taking the international rate into account and adding up the customs duty and other taxes. However, gold rates are not the same everywhere.

The leading jewellery chains in Kerala have adopted a single rate across their stores. Jewellers like Malabar Gold and Diamonds, Joyalukkas and Kalyan Jewellers are using the gold rate quoted by banks as the rate for all their stores.

“Bank rates are generally Rs 100 or Rs 150 lesser than the market rates. We have adopted this single rate as customers find it convenient and transparent,” said Tom Jose, chief financial officer of Joyalukkas.

In fact, Malabar Gold and Diamonds had introduced ‘One India One Gold Rate’ two years ahead in October 2020. Jewelleries across its stores were available for a single rate despite the rate differences in micro markets. As this rate is lower than the gold price in micro markets, other leading jewellers in Kerala were forced to adopt the rate in order to remain competitive in the market. Similar to Malabar, Joyalukkas and Kalyan Jewellers too have presence in most of the key gold markets of the country.

In all, Malabar Gold has around 200 stores in India while Joyalukkas has 85 and Kalyan 120.

The one price move is expected to put pressure on other jewellers and gradually lead towards the adoption of ‘One India one gold rate’ by the country’s jewellery market. Though no separate estimates are available for the gold jewellery market, India’s gems and jewellery market was estimated at $78.50 billion in FY21.

The World Gold Council had earlier mooted a proposal to set up a Spot Gold Exchange to fix a single pricing for the country. Similar to the Shanghai Gold Exchange, India too should have a single spot exchange and this will make pricing more transparent, WGC had said.

“It is good to have one single rate as it ensures transparency. However, it is important to understand how this rate is determined and if it is the lowest rate in the market, how is it sustainable, as customers will stay away from the stores for recycling purposes (selling old jewellery). An exchange-determined gold rate, which need not be the lowest, is the best for the market,” said Somasundaram P.R., regional CEO, India,