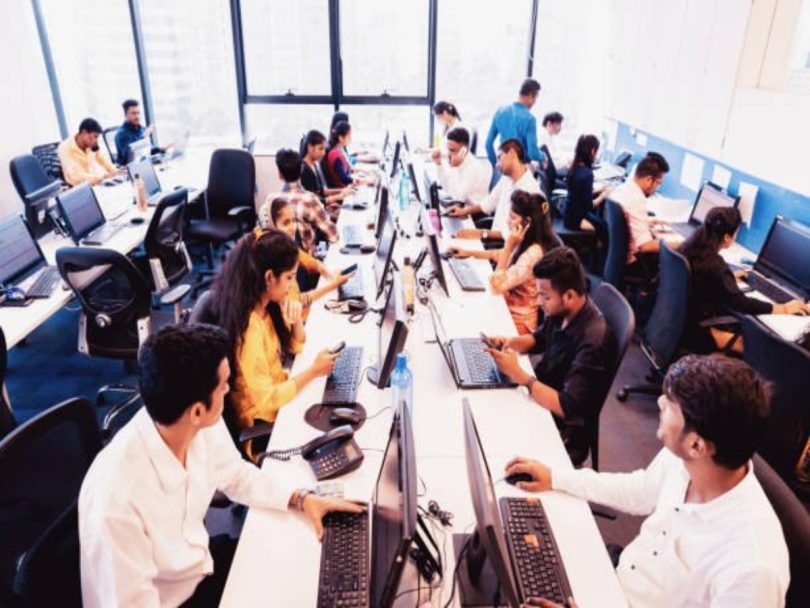 Hyderabad: Telangana accounts for one-third of all IT jobs created in India. During the financial year 2021-22, approximately 4,50,000 jobs were added in the technology industry at the national level. Around 1,53,000 of them are created in Hyderabad alone.

Telangana’s top performance in the IT sector is being noticed far and wide. India Tech & Infra, which tweets industry developments, put out a post asserting Telangana’s good show in the sector. As per the tweet, Hyderabad (in the first place) and Bengaluru both combined have created more than three lakh new jobs.

According to the IT and Communications department, the total employment in Telangana’s IT/ITES sector is nearly 7.8 lakh. In 2020-21, the rate of job creation has been around 24% over 6,28,615 people.

Telangana IT/ITeS employment has increased by 140 percent since 2013-14. According to IT and Industries Minister KT Rama Rao, the addition of more than 1.53 lakh jobs in 2021-22 will be the highest in a single year since Telangana was formed.

From 2013-14, the value of IT/ITeS exports increased by 220 percent. The Rs 38,046 crore increase in export revenues in 2021-22 (over the previous year) is the largest increase in a single year since the establishment of the state.

Previously, Telangana was granted an ITIR, but it was cancelled. If ITIR had been approved, the growth would have been even more spectacular.

According to previous ITIR estimates, the united state of Andhra Pradesh’s IT exports were expected to reach Rs 2,09,221 crore by 2035.

Despite the lack of ITIR support, Telangana’s IT exports are expected to exceed projections by 2025. Telangana is also on track to meet the target of Rs 3 lakh crore in exports and 10 lakh jobs set in the 2nd ICT Policy 2021-26.